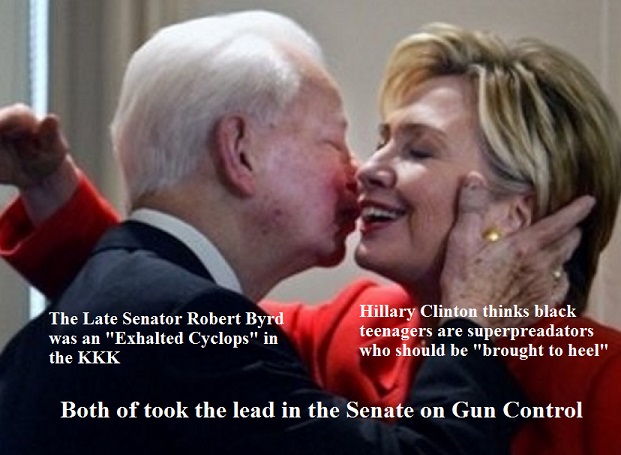 Despite the fact that Mateen had been investigated for terrorist ties, and cleared by the FBI, on multiple occasions, his status as private security guard allowed him to purchase weapons. The lack of support for survivors of domestic abuse made it impossible for his status as a wife beater to keep him from owning weapons. FBI Director James Comey has admitted that suspected terrorists on the terrorist watch list can buy weapons because denying them weapons would tip them off that they were being watched.

The Selectee list is different than the terror watch list or the no fly list. You can be on it and fly, you do not have ties to terrorist organizations, but soon you will not be able to be armed in your own home. Who is on this Selectee list? Who knows who is on it? The short answers are journalists and Edward Snowden.

When Edward Snowden was choosing who to leak to, he choose Laura Poitras because she was on the Selectee list. He knew the government already hated her enough as a journalist that she was being watched. She made the list for her anti-war reporting and human rights reporting. When it was clear that his revelations were bigger than one journalist's work load, he suggested she work with Glenn Greenwald. He knew that Greenwald was on the list and knew that they were in friendly contact with each other. He has the 2013 copy of the list.

In the wake of a homophobic massacre by a fired private prison guard the law is changing not to make it harder for wife beating homophobic private prison guards to arm themselves, but to keep firearms out of the hands of dissident journalists. The new laws and regulations would create and extend a secret list of people that would have fewer constitutional rights based entirely on what they say about the government in public, not what they say to or hear from ISIS on the dark web.

This prior restraint on political speech can, and in Greenwald's case likely did, spring from running afoul of corporate rather than government interests. The two are often intertwined. In Greenwald's specific case, this interlocking is chilling. Greenwald's work as a journalist and attorney ran him afoul of the United States chamber of Commerce. A private intelligence contractor, HBGary, sought to put together a team to illegally spy on and defame him.

All of this was prior to his meeting Snowden by two years. A similar contractor also had knowledge of a secret indictment against Julian Assange. None of this would be known had not HBGary been hacked and exposed. Jeremy Hammond is still in prison for doing this in the public interest. His time served behind bars will be greater than Stanford Rapist Brock Turner's by a factor of 40. Perhaps Jeremy's Dad should have worked for the Air Force like Brock Turner's dad.

It is a very short step from illegal surveillance by private unaccountable parties to violence by said parties. Corporations and the US Government have used private individuals and groups as proxies for violence against civil rights activists, union organizers, and journalists for over 100 years. The list of times this has happened is book length not article length.

Glen Greenwald is gay, and married to Brazilian journalist David Miranda, and has been targeted for what he writes. This new initiative would give him no legal recourse to self defense from the likes of Omar Marteen in his own home should he be so unwise as to ever again reside in the United States. Omar Marteen is exactly the kind of guy who gets hired for murders like that and this law would not have prevented his murderous rampage in any way. This law does have more bi-partisan consensus than safe drinking water for the city of Flint Michigan.

The Selectee list is a concept with a history. Governments have been making lists of enemies in a cold bureaucratic fashion since IBM sold it's first punch card reader in Berlin in the 1930s. The dust and smoke over Europe hadn't settled for a decade before FBI Director J. Edgar Hoover goosestepped his high heels down the Austrian Corporal’s path with something called the Administrative Index. The Administrative Index was a list of people to be immediately arrested and detained if there was a “national emergency.” Had J Edgar Hoover been alive for 9-11 it almost certainly would have been used.

Initially it was made up of known and suspected communists and “fellow travelers.” It expand during the civil rights movement to include every activist, including those murdered by the Klan for registering voters. Klan members, including those who attacked the freedom rides with police protection and assistance, were not on this list. Presidential Candidate Bernie Sanders was arrested at a civil rights demonstration, and therefore likely was on the list. He is now a Senator.

The Vietnam war caused the list to explode. Opposition to the war and any level of prominence caused someone to be added to the list. Actors were on it. Comedian Dick Gregory was on it. Pediatrician Benjamin Spock was on it. The list was separate from a list called the security index, composed of people who might actually do something other than just make a statement, like the Black Panthers or Muhammad Ali. Like the difference between today's Selectee List and today's Terrorist Watch List, a person got indexed for publicly expressing a sentiment against a government policy and having a chance of being heard.

Democrats and Republicans are divided on how one gets off the list. Republicans want to force a person to get an order from a federal judge. In other words, have enough money to have a lawyer to bring suit against the federal government in federal court. Democrats want to leave it up to the Department of Justice, who makes rules for what journalists can say and runs the same FBI which affirmatively allows actual terrorists to legally buy guns and has a long history of enabling the white supremacists to murder journalists and activists.

This will not stop the mass shootings that the right wing of the Democratic party animates it's base with. It will not disarm people actually in contact with ISIS, whom Republican leaders want us to believe are under all our beds right now. It will disarm union organizers, church leaders, civil rights activists and other people who speak out against the banks who furnish both parties will billions of dollars.