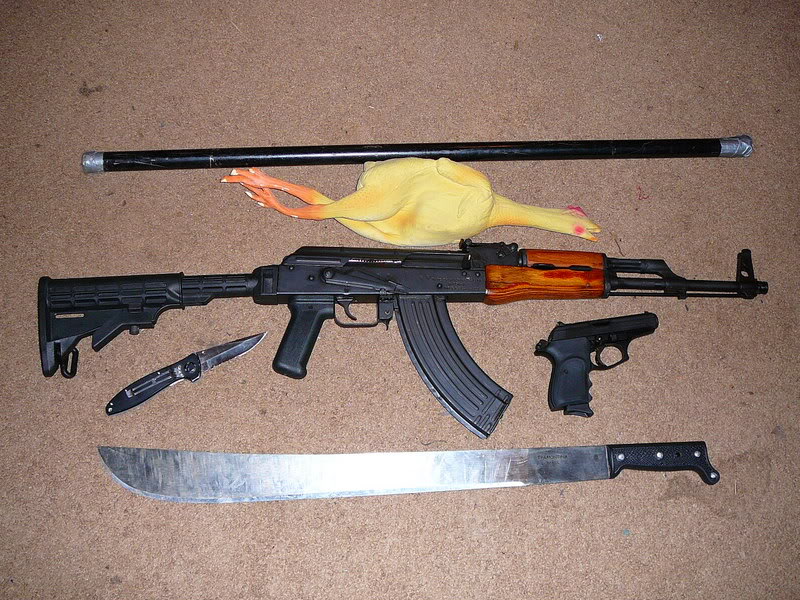 I'll tell one story that will put the current clamor for more control on everyone and everything in perspective. I was actively organizing against the KKK and other white supremacists. So were my roommates and my entire social circle. The FBI attempted to contact me but claimed they could not find me. They got a call from a payphone via an intermediary. The agent, tired and wishing he didnt have to do this said “I am required by statute to inform you that we have credible threats against your life from white power groups.” He got my lawyer's phone number. I was not going to talk to him.

It was really clear that the FBI would rather bungle the investigation of my death than prevent it. We detected the surveillance attempts by the white supremacists. We allowed their surveillance to see that we were well armed. They went away. The FBI did not have us under surveillance. There was a police precinct house three blocks away. The police were never on our block. We were being set up to die.

The FBI knew what these guys were up to. The FBI knew where we were because these nazis did. Planning to murder someone in conjunction with another person and then putting your target under surveillance is a felony. It is conspiracy to commit murder. The FBI could have arrested and prosecuted these guys at any time. The FBI did not do so. The police were actively not present. The FBI did what was the barest minimum. We saved our own lives and we only could do so because we were armed.

This was not the only time in my life this happened. I was in Mississippi once defending a Planned Parenthood Clinic from militant pro-life activists. Planned Parenthood did not want our help. Both local and national pro-choice groups did not want our help. On the very first day of the protests somebody planted a fake bomb in the park where we were. We marched against this violence. The police arrested some of us for jaywalking.

We had our own house there. We rented it and filled it with activists. We knew that to control our own actions, politics and message we needed total control of our own logistics and safety. Our house had a gun locker. It turned out we needed it.

We took great care not to be followed home by the pro-lifers. They were not successful in finding us through direct surveillance. The police did find us and they did watch us. On the last day of the protests several car loads of pro-lifers came by and circled the block constantly. The only way these people could have found the house was if the police told them. The police were helping them to kill us. I was in the house alone. I displayed that I was armed, and very well armed at that. They're circling stopped. They backed off.

In both situations I had the kind of firearms that people scream to ban. Serious weapons with hi-capacity magazines. The kind of guns that bounce their head off the glass ceiling of legality. I have never discharged these weapons at anything more dangerous then a paper silhouette. However, as soon as my enemies knew that I had this capability, they fled, never to return. My enemies were planning on killing unarmed liberals. The police and the FBI helped my enemies. Once my enemies discovered I was not bringing a bong to a gun fight, they left.

The police will never disarm white supremacists and other right wing thugs. When people clamor for more background checks or denying firearm ownership to people on terrorist watch lists, they fail to understand the mentality of the people that make those lists.

In Minneapolis, now, today, the head of the Police Union is Bob Kroll. He is a white supremacist. He is part of a law enforcement only motorcycle club that openly displays neo-nazi imagery. He is not only allowed, but required to be armed. He has called Black Lives Matters a domestic terrorist organization. The perpetrator of the recent homophobic massacre in Orlando was a prison guard, thus allowed and required to be armed, and was trying to become a policeman. I grew up knowing policemen that I would not trust with anything more dangerous than a nail clipper.

When Bob Kroll calls Black Lives Matter domestic terrorists, he cites a shooting that happened while the group was occupying the entrance to the 4th precinct police station in Minneapolis. Three white supremacists from the suburbs came to force a confrontation. When ejected they fired on the crowd wounding several people. The White Supremacist Cop Union Leader Bob Kroll calls people terrorists for being shot at a non-violent protest by white supremacists while they were unarmed.

Diane Feinstein is another leading liberal gun control advocate. Her husband is a billionaire who has directly profited from drone strikes on schools all over the middle east. Her core constituency is San Francisco, which has seen a recent uptick in the shooting of unarmed black men by police. She was mayor there before she was Senator. As Senator she is the head of the intelligence committee. She makes the rules which govern who gets put on what list.

The Orlando massacre was not an attack by ISIS. It was an attack by a homophobic prison guard and domestic abuser licensed by the state to be armed. The victims were majority black and brown. The victims friends are being denied the right to even donate blood because the state regulated hospitals and blood banks are officially homophobic by regulation.

The news today, and everyday, brings me a parade of how society is deeply racist, deeply sexist, and deeply homophobic. Nobody clamored for a crackdown when some transphobic person bombed a Target store for not conforming to their religiously based potty regulations. Indeed they clamor for the same racist, sexist and homophobic murdering policemen to guard bathrooms as if they were banks. Somehow, in all this, middle class liberals who have comfort of protection from a white supremacist state want the rest of us to be disarmed by that state. Their petitions and lobbying did not save my life. I saved my life through my own training and preparation. My life needed saving from people they hate who were being helped by the people that protect them because I putting it on the line for values and ideas they espouse. They can go back to their guarded gated communities and watch the rest of us earn, win, and live our own just society and decent lives.