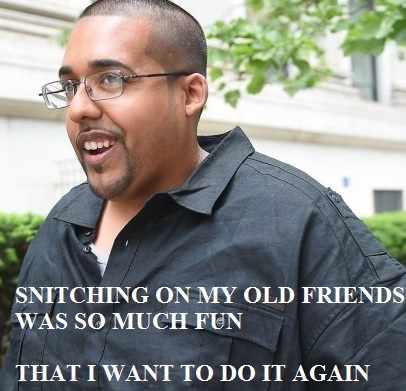 There are certain laws in America that are so important they are written into the actual articles of the constitution. They are mostly overlooked, until now as they were set to prevent things that are archaic practices from the middle and dark ages. Article I, Section 9, Clause 3 of the Constitution reads "No Bill of Attainder or ex post facto Law shall be passed". Another is the concept of “Double Jeopardy.” Although this was a common law concept going back to the laws of Rome, it was doubly enshrined in the Fifth amendment "[N]or shall any person be subject for the same offense to be twice put in jeopardy of life or limb. ... " Most teachers gloss over these things in history class and move on to glorifiying slaveholders with wigs, but the words have both meaning and purpose.

An ex post facto law is a law making a legal punishment for something that was not a crime at the time it happened. Thus if California made medical marijuana illegal tomorrow it could not arrest doctors for writing prescriptions last week.

A Bill of Attainder is a law that applies to a specific person and their heirs. Literally a “taint of the blood” it is a law making it a crime for a person to be themselves by name. Used to revoke privileges of nobility in the times of kings, it has been invoked most recently to protect former CIA agent and whistleblower Phill Agee from punishment for revealing the CIA's misdeeds and naming agents in print. It is illegal to reveal a name now, as in the case of Valerie Plame, but it was not then and the Congressional Act had specific reference to Agee removed.

All three of these things are being violated by the United States government in the federal court of the Eastern District of Virginia to extend the punishment of Jeremy Hammond and Chelsea Manning. A grand jury has been empaneled to investigate so-called Russian Election hacking (which amounts to trolling on the internet and illegal campaign contributions).

The target of course is Wikileaks founder Julian Assange, who published emails from inside Democratic Party institutions during the campaign. Quite a pile of dirt was uncovered by these emails, and the authenticity has not been denied, but this seems to matter little as to if this is journalism or “espionage.” The latter is what Assange is charged with and he faces 175 years in prison when he is finally extradited from the UK and given his show trial.

Chelsea Manning has refused to testify in front of the grand jury and has been sitting in prison for this refusal for 209 days as of this morning, October 11th 2019. Yesterday Hammond also refused to answer questions and is being held in contempt. His abrupt transfer last month from the federal prison and the punitive nature of that act by the government has been detailed already in a previous article from the Mockingbird.

According to our sources the government has a so-called witness in the person of Hector Xavier Monsegur, who went by the hacker name “Sabu”. Sabu was reportedly called to testify in front the Assange grand jury two weeks ago. He has not been a hacker or in contact with wikileaks or any other party since he testified against both Hammond in return for a much lighter sentence from the FBI.

Sabu worked for the FBI for more than a year after being caught, facilitating contacts between hackers and journalists and directing the activities of the former at the behest of his handlers in order to entrap them later. He was released from prison after serving 7 months in 2014 with time served. He now works for a private security company called Rhino Security Labs which has extensive defense and intelligence connections.

Hammond has done nothing since his arrest in 2011. He was in a cell not in contact with either Assange or the Russians during the 2016 election. Chelsea Manning was also in prison at the time. She had no ability to contact Assange or have any effect on the election.

The addition of Sabu's testimony, whatever that might be when the grand jury is secret, has no value to any of the stated goals of the prosecution. Sabu is an expert in nothing but snitching as others did the real work when he was an active informant.

Both Hammond and Manning have been sentenced and served time. The sudden surfacing of Sabu only reveals that this is not about Assange nor is it about the election, but about further punishing people for exposing war crimes and illegal spying by private companies on the American public. People are now being tried and punished twice for the same so-called crimes through a legal maneuver that drives a stake through the heart of not only the Constitution, but legal precedent going back over 2500 years.