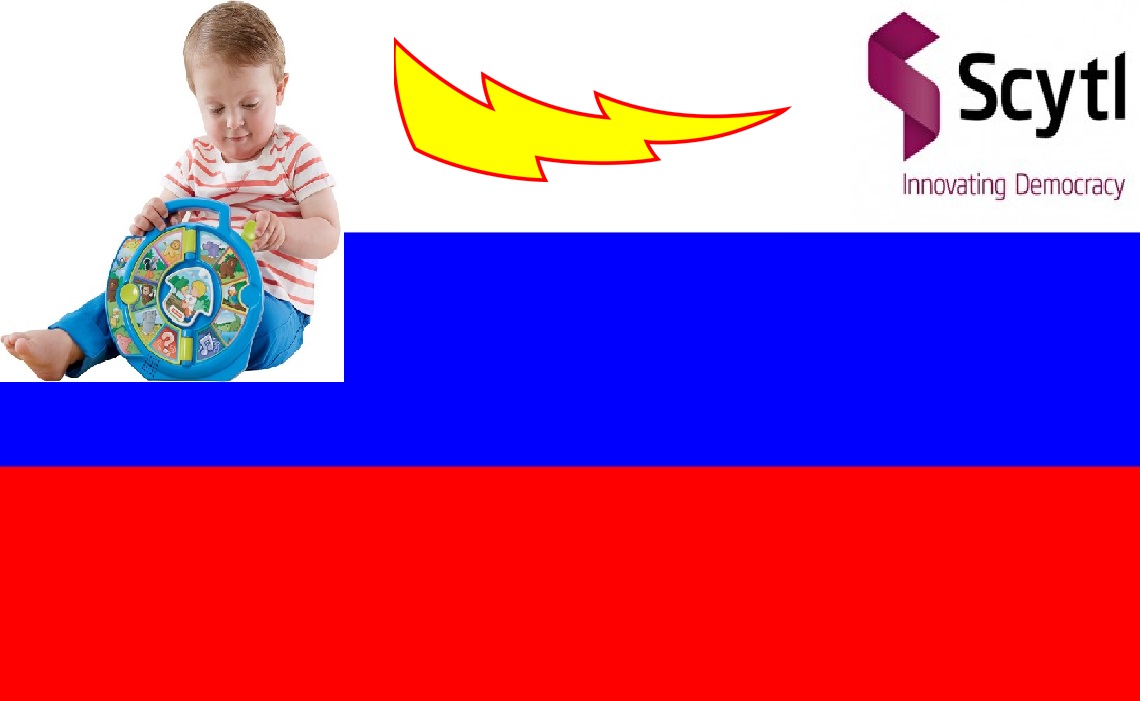 Department of Homeland Security briefed state election officials in 21 states that were targeted for hacking by “persons associated with Russia.” Of those states only 12, Alabama, Colorado, Connecticut, Iowa, Maryland, Minnesota, Ohio, Oklahoma, Pennsylvania, Virginia, Wisconsin and Washington are named.

The alleged Russian hackers, in their 21 state attack, netted themselves a single password from a single county election facility. That is the sum total of the Russian spearphishing successes. Such great planted falsehoods have landed one whistleblower in prison, damaged the reputation of the Intercept, muddled the national dialogue, and left Hillary Clinton saying “What Happened” like she was bludgeoned about the head and neck with a Fisher Price Speak and Spell.

What they did not do was actually penetrate the voter registration systems or the actual vote counting mechanisms. This is by Homeland Security's own admission. The twelve named states in the report all use the same voter-registration and electronic pollbook systems, made by Scytl or ES & S or both. These systems have well-known vulnerabilities that I have repeatedly reported on.

Russian intelligence could have penetrated the voter registration databases of all twelve states had they read my articles and they could have done it for less than the Secret Service spends driving little Baron Trump to private school. These are documented vulrnerabilities that have been in place with exploits that can be found with Google.

One of two things is true in this case, either the Russian hackers are stupid and illiterate, or nothing actually happened. Perhaps there were other attempts, by incredibly bad hackers, and they just got blamed on the mysterious “Persons Associated with Russia.” Does DHS want us to believe that nobody over at FSB or GRU headquarters does not know what the heartbleed attack is?  If they said this right out they would be informing the public that American voting systems are so weak anybody can hack them.  It is a testiment to national honesty that so few people do.

The actual holes in the systems could and should be plugged, as Scytl has extensive ties to the intelligence community that I began reporting on in 2012 and have been documenting constantly ever since.

Out of all the places where Russian attacks were belatedly reported to have happened, and according to DHS comically failed, only Wisconsin had irregularities. In that State, only the Green party contested the results, and the Democratic party shills pushed back as hard as they could.

Actually successful attacks on voter registration databases, as opposed to these purportedly unsuccessful and if real comically incompetent attacks, produce voter suppression not election fraud. That latter phenomenon happened during the primaries to Sanders voters, and during the election when it was carried out wholesale by Republicans. The Democratic Party was mum on the first case and their mouthpiece pundits did nothing to defend the rights of their voters in the latter.

Invoking unnamed Russians in voter-registration fraud is a cheap dodge against taking responsibility for loosing an election through poor strategy, and for promoting Donald Trump as a viable candidate in the first place.

The country needs to look in the mirror, and not see a bear, but the eagle responsible for its own troubles. This new story is devoid of technical context, just as the previous claim that the Russians hacked the DNC was proven false so hard that even Bloomberg had to confirm it was without merit.