Why is the North Dakota National Guard Pointing Missiles at Horses? 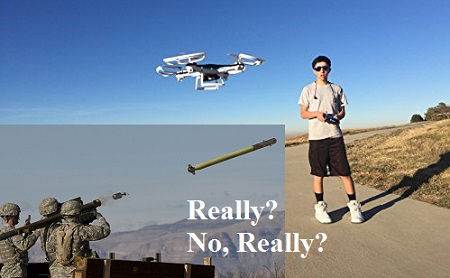 Despite calls from the lame duck Obama administration for “review” and “discussion” the construction of the oil pipeline by Energy Transfer Partners continues at the Standing Rock Reservation in North Dakota. The brutality against protestor including rubber bullets, fire hoses in sub freezing weather and torture of prisoners also continues.

North Dakota is considering a bill allowing motorists to “accidentally” kill pedestrians if they are in the road. The measure is clearly designed to permit the legalized murder of protestors by oil company vigilantes. The latest dystopian escalation to suppress protests by the residents of the poorest county in the United States involves the deployment of an air defense missile system to guard the pipeline construction.

A single AN/TWQ-1 Avenger missile system has been photographed on the drilling pad near the protest encampments. It possibly the least appropriate and most easily replaceable piece of military hardware deployed against civilians on American soil ever. It is a pair of quad stinger missile launchers mounted on a Humvee chassis. It also mounts a .50 caliber machine gun. It can be integrated with a larger network and receive radar information. It has it's own sensors in both the infrared and ultraviolet spectrum. It is designed to defend larger military formations against ground attack aircraft, helicopters and UAVs. It is not designed to deal with protestors, pickup trucks, dogs and horses.

Some independent journalists suspect the system has been deployed to shoot down the small drones that they have been using to film the police violence against citizens. The Morton County Sheriffs office, which is in overall tactical command of the deputized thug squad brought in from multiple states at federal expense denies this. Uncharacteristically for that notoriously deceptive department, they might not being lying. Using a Stinger missile on a quad rotor drone mounting a GoPro might not only be overkill, it might not work.

The Stinger missile was designed to shoot down helicopters flying at 200 mph and low flying ground attack aircraft flying at 500 mph. They have been pressed into service, somewhat successfully in tests, to target military drones which have more in common with a helicopter than a quad rotor drone moving at a mere 30-50 mph. The slower speed actually translates into a tighter turning radius and much greater maneuverability. Civilians drones run on electric motors which produce a much smaller heat signature than the engines of military grade drones. If used at night a simple paint job on such a small plastic craft would render that part of a Stinger's guidance system. Retail price on such paint runs less than $10 per liter which would be enough for multiple drones. Simply put, a small civilian drone is not a fly that you can effectively swat with a bazooka. Previously the Morton County Sheriff has used such high tech systems as the 12-gauge shotgun or .30 caliber rifle for that purpose.

Should such a missile be fired at a drone and miss, the results would be a tragedy. The infrared systems would lock onto a strong heat source. In this particular environment, with thousands of protestors camping in the winter on somewhat hilly open ground, that heat source would likely be a campfire. The missiles are proximity fused with a little over 6lbs of explosives designed to throw shrapnel in a ringing shaped pattern. That is a great idea if you are trying to hit a fast moving aircraft and break a jet engine. Use it on a campfire in a crowded encampment and you will kill dozens if not hundreds of people. The missile system is completely inappropriate for any conceivable use in that tactical environment.

Such a forward looking infrared unit would also be useful should the police choose to fire upon protestors from far away with the .50 machine gun the vehicle is also equipped with. When one pauses to think that police would never be so bold as to use a .50 caliber machine gun on Native Protestors and their allies, one would be forgetting that the last massacre of Native men women and children in the United States happened at Wounded Knee, which is closer in distance and spirit to Standing Rock than the New York stock exchange is to the White House.