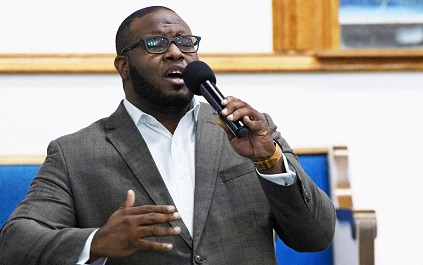 Botham Jean, age 26, was an extraordinarily hard working man according to his coworkers at Price Waterhouse Cooper and others that knew him for his cheerful and outgoing demeanor. He was a devout church going man. Niether his family, who have hired an attorney, nor his friends and coworkers will be enjoying his company ever again. This is because Amber Guyger, a Dallas Police Officer who is openly affiliated with white power groups inside and outside of prison, entered his home while off duty and shot him dead on September 6th.

There have been no released results of the blood test Guyger was given at the scene before going home like Ted Kennedy without charges. Therefore it is not known what intoxicated the officer so much that she entered the wrong apartment on the wrong floor in her building.

At least one faction in the Dallas police force wanted to charge her with manslaughter, but according to at least one member of the City Council, a judge would only issue a warrant for murder. The District Attorney denies this and the Texas Rangers took over the case.

Guyger was eventually charged with manslaughter and surrendered last night, Sunday September 9t,h, at 7:30pm. Unlike every other defendant outside of White House or Police Station circles, she was allowed to quickly post bond and was off the jail registry and out the door within the time it takes to air an episode of Blue Blood. One would hope that when she got home at 9pm she managed to find her way into the correct apartment without killing anyone else.

Guyger had been interviewed on Saturday and released by the Texas Rangers because she had been “cooperative.” It is not clear if this interview included questions about her posing in social media with various persons displaying both white power hand signs and, according to noted journalist Barrett Brown, the gang signs of a notorious white supremacist prison gang called the Peckerwoods. 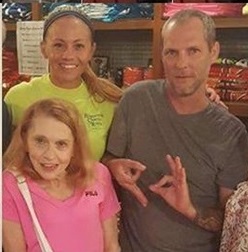 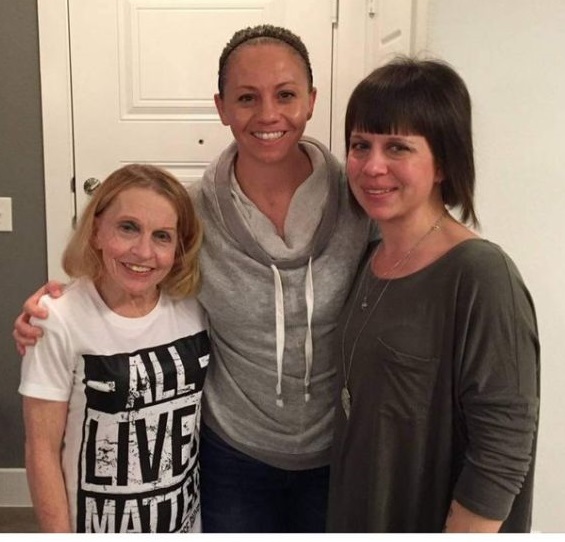 Brown, who had spent years in the federal prison system in Texas for publishing leaked information, worked together with other journalists to identify the exact meaning of the hand signals beyond the generic “OK” which is a white power symbol so common that figures associated with the White House flash it on camera at nomination hearings these days. 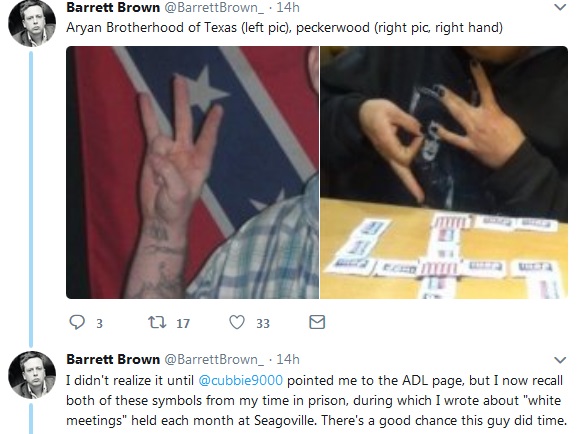 Botham Jean is the second person of color Guyger has shot in here mere four years as a Dallas cop. Previously she shot 47 year old Uvaldo Perez in the abdomen after the latter did not instantly drop from being tasered by her partner. Her and her partner gave accounts that conflicted with those of Perez, but other than that the blue wall of silence has stretched to the sky.

Guyger has also appeared on social media alongside people wearing or displaying the “All Lives Matter” logo which is a dog-whistle response to the Black Lives Matter movement and is often used alongside the “Blue Lives Matter” flag that police supporters and other white supremacists have flown recently to show their patriotism and continued support for police brutality.

Guyger now accounts for two out of the three officer involved shootings in Dallas that also involved the cop being an open white supremacist in as many years. According to a 2016 Huffington Post Article, Dallas Police Officer Lorne Ahrens had white supremacist tattoos on his hands and engaged with members of neo-nazi groups online. Ahrens was one of five Dallas police officers killed in a mass shooting in 2016.

One in five dead Dallas cops turn out to be nazis. At least two in seven officers involved in shootings in three years are open white supremacists. That places the numbers pretty firmly in the 20 to 30 percent range. Ahrens, unlike Guyger, was a long time veteran when he boarded the .308 train to Valhalla. He had been on the Dallas force since 2002, when he transferred from the Los Angles County Sheriff’s notoriously racist and corrupt Lennox station. Along with other reports of planting evidence, the LACS has a long history of being home to white supremacist gangs like the Vikings and Grim Reapers, the former being known to be disproportionately represented at Lennox Station.

It seems that The Texas Rangers have an interest in covering up this obvious pattern of infiltration of the Dallas Police by a wide smorgasbord of white supremacist gangs from both the street and prisons. Guyger was charged not charged with murder, and was not given a gang specification or charge in enhancement. This is a clear indication of where the case is headed.

Like BART Police Officer Johannes Mehserle in who executed handcuffed Oscar Grant in Oakland on video, Amber will be charged with manslaughter and a stacked jury will find her guilty of the lesser included charge of negligent murder and she will spend less time in jail than Paul Manafort. This is how the system works.