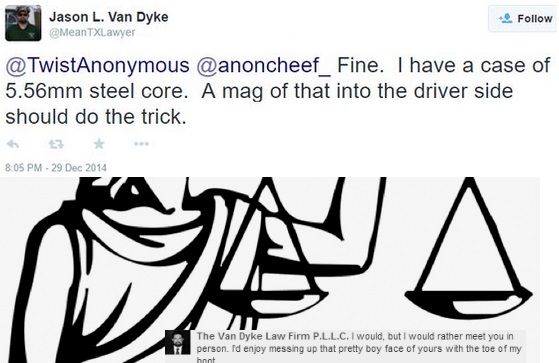 I'm honored to be in such august company as Talib Kweli.  I have never met him but he has done a great deal to raise the level of political discourse in this country, indeed in the world.  He has used words as art to bring justice to the forefront of our national conversation.  I have in the past covered his former writing partner Mos Def's activism against the force feeding of hunger strikers in America's gulag. (The video link contained in the article leads to graphic footage.) I never expected to be sharing so a direct adversary with either of them.  But now I do.

In the course of the Mockingbird's local coverage, a local group with national connections was found hanging fliers in the South Campus area.  This group, the "Proud Boys", aggressively markets itself as "western chauvinists."  I have described them neo-nazis. There is ample evidence to support my opinion.  The Mockingbird as a corporate entity, and myself personally, are now defendants in a lawsuit based in part on the granularity of this difference of opinion.  Talib Kweli has been threatened publicly but not yet served with a similar suit by the same plaintiff.

The above Proud Boy of the third degree (they have ranks) demanded $10,000 from the Mockingbird for publishing the first local news item.  We published his demand letter and our answer here.  He sued for that.  The lawsuit is in county court in Denton Texas.  We have retained counsel and we will aggressively defend ourselves and our position.

Aside from the obvious and ironic free speech issue at stake, Jason Lee Van Dyke (not be confused with the other racist Jason Van Dyke, a Chicago Police officer facing trial for the murder of Laquan McDonald), has a history of targeting anyone who brings up his connections to racist groups.  He was offered a job as an assistant district attorney in Victoria Texas. This offer was rescinded when his connections and past came to light.  He sued, demanding to know who research and exposed him.  His lawsuit against the Mockingbird has a similar angle.  Through discovery he is seeking our sources for the original article.  Thus he is demanding the identities of people who do not want swastika fliers shoved into their homes through their mail slots and are willing to report this anonymously to the press.

Jason Lee Van Dyke is no stranger to making threats of physical harm.  As reported this week in the Huffington Post, Mr Van Dyke was tweeted a picture of a noose with the caption “Look good and hard at this picture you f****** n*****. It’s where I am going to put your neck.” Mr Van Dyke claims he is not a neo-nazi.  He is suing me for saying so.  He is threatening Talib Kweli with essentially the same suit and he tweets death threats with racist language to people who draw his ire.  As a reporter, I fear for the safety of my sources.  As an editor and publisher, I am required to defend the freedom of the press to report the news.

This is the heart of the social contract between the reader and the publication.  I get the facts, you read them and live an informed life in civil society.  Jason Lee Van Dyke will use every legal manuver he can to draw this out in order to decide for himself and his racist brothers what you can read, know and say.  I will incur massive debts defeating him.  I am forced to fight this case in Texas. Van Dyke has chosen the battle ground so as to maximize his home field advantage and my expense.  I have not received so much as a peep or a returned phone call from the ACLU.  They apparently are too busy defending nazis who run people like me over with cars.

We live in trying times where the civil and social institutions that society has created for it's own defense are failing under the onslaught of backwards thinking of animated reactionaries. Be those institutions science or the press, the truth everywhere is under attack.  I will do my part in the defense thereof, and in the counter attack to extend truth, freedom and general prosperity to all people.  I would appreciate your help in doing so.

This is the part where I make a fund-raising appeal. I have started a crowdfunding campaign. If the freedom of the press is something you value, regardless of your love or lack thereof for me personally, please contribute.  Should you not wish to send money over the internet, donations can be made via mail at