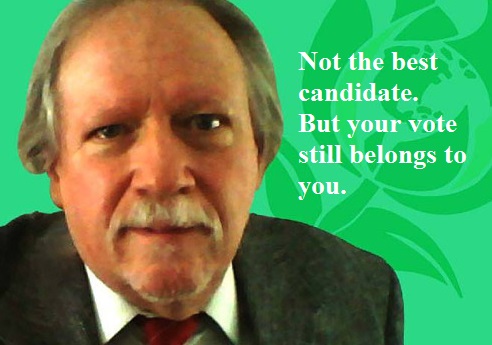 I call it screaming to the right while punching to the left. It is the central concept of movement and firepower in Democrat martial arts. It is performed by deploying vague rhetorical acts and platitudes against Republicans and than attacking any and everyone inside and outside their own party who is not completely in line with their Center-Right soft billionaire policies when their elitist posteriors are not immediately seated in the desired chair.

The August 7th special election in for Ohio District 12's Congress Seat and it's resultant fallout is a prime example of how the monied coastal elites of the party bang their rattles on the high chair while screaming right and throwing pureed peas left. It appears, before the almost obligatory recount and counting of the almost never counted provisional ballots, that Democrat Danny O'Connor has lost by less than one percent to Republican Troy Balderson in a district that has not been lost by a Democrat in over 30 years. Rather than be happy they made headway in a gerrymandered Republican safe district, they choose to focus national attention on the Green Party.

The Green Party candidate, Joe Manchik, landed a surprising 1120 votes. That, in and of itself should cause triangulation leftward by any political strategist who does not have the pages of their Ayn Rand novels stuck together. Instead, the national party, through their surrogate pundits, columnists, social media operatives and associated hacks have decided that the Greens were responsible for O'Connor not getting the 1728 more votes he needed to be Wall Street's blue pawn in the DC chess game it plays against itself.

While turning up the noise, they have gotten Manchick actual death threats by phone and social media. He got these just for running. I personally get death threats over politics, but only from actual fascists. This is the totalitarian company the Democrats are keeping. One Pundit amongst many, Stephen A. Crockett Jr. who is Senior Editor at The Root and whose bio reads in whole “boxes outside my weight class, when they go low, you go lower.” wrote one of the worst things I've read all week, and I'm forced by occupation to read some really awful stuff. I'll link to it here and encourage readers to give it their attention for what it is, a hit piece written in support of the totalitarian viewpoint of a clique of party bosses. Mr. Crockett has given me a most excellent jumping off point to examine how entitled the Democratic Party feels to our votes. It is one think piece out of many that came out before the votes were even done being counted, because the strategists knew that the race was unwinable mulligan that will be done over in a regular election in three months and this is just an opportunity to attack left candidates without attacking exceeding popular figures like Alexandria Ocasio-Cortez who are ostensibly in their party.

Is Manchik the best possible candidate? Nope. I've met him. I'm not inspired. But people have a right to vote, and some people vote by party not by candidate. That's what democrats do. Although Harrison Ford was raised catholic in Chicago, in interviews when he is asked what was his religion as child he has replied “Democrat.” Could the Green party offer a better candidate? Certainly. Should they? If the Republican secretary of State would stop interfering with their right to be on the ballot maybe they could have a contested primary. I've heard that Manchik claims to be part alien or something. Hey blue wave, I'm sorry but you can not call yourself a wave when your party is so tired and weak that people would rather vote for the guy mumbling to himself on the back of the bus.

“And yet, Joe Manchik is also responsible for winning over 1,100 votes, or some 0.6 percent of votes that probably would have gone to O’Connor.” This right here is the heart of the problem. There is this assumption that the Democratic party is entitled to the vote of everyone who is not an outright fascists. Their partisans speak as if those things we call votes, which are the expression of other people's individual will, are their personal property. This is reflected elsewhere, like federal court. When the Democratic National Committee was sued by Bernie donors, who wanted a free and fair primary, the defense was not that they did not tip the scales in every possible way for Clinton, but that the Democratic Party is a “private club” and voters have no right to a free and fair primary. That's right, the system is their property and your votes are part of that system. This is why it is easy to prove they intervened in the primary to suppress votes in Rhodes Island and openly manipulated the Nevada caucuses. This is what can be proven and does not included the massive voter suppression in New York to name an example.

The idea of votes as property is extended to the Democratic National Committee’s lawsuit against Russia for election “collusion”. They have one in addition to half a senate committee investigation and an actual investigation with teeth run by Robert Muller. In that lawsuit, where they are also suing Wikileaks for saying mean things about their Queen, the torts they allege include theft of chattels. Again, this is a federal court document where they essentially refer to the individual franchise that is the cornerstone of this so-called democracy as their property.

“Let’s be clear, Green Party, at this point I’m convinced that you’re colluding with Russia just to piss America off.” Aaannddd there's the “R” word. Russia is the reason. Not running an uninspired and uninspiring field of candidates. Not the baseline strategy of promoting Trump during the Republican in order to pick up fascist-lite Kasich voters. Not failing to deliver on every single half-promise since Johnson gulfed the Tonkin. Not two failures in twenty years to even fight for single payer health care. No..Russia, that's the problem. Because 40 years of center right failure and bipartisan cooperation have created a party that wins what little it does win only because of Stockholm syndrome and early onset dementia. I remember the phrase “hold your nose and vote for Clinton” from 1992 when I was in college. It is now more than 20 years later and there is no good reason for those words strung together in that order should be relevant.

“Green Party is tricking the votes. And yes, I’m looking at you Jill Stein and all the Stein-ettes who went into the election booth in November 2016 and threw away your votes on a person who had a snowball’s chance in the current White House of winning a rap battle, much less the presidency.

In 2016, one could argue (and that “one” would be me) that Stein cost Hillary Clinton, she of the less deplorable views than the assbag in office, three pivotal states: Michigan, Pennsylvania and Wisconsin.”

There we have all the revisionism and totalitarian entitlement we can muster stuffed into a single pair of paragraphs. Who actually won the 2016 election? Nobody. The majority of people eligible to vote did not vote. Neither of the two-party flavors excited them enough for even a taste. That is reality by the hard numbers. People vote FOR things not AGAINST them. Rather than soul search over their two generations of rightward triangulation, the leadership needs more enemies than simply Trump to get everyone all riled up into againsting real hard on. So a Russia for the stuck in the cold war dementia crowd and Jill Stein and the Steinettes for the young and would be hip kids.

So far as pivotal states go, there is one, exactly one, where the vote tally is suspect and that is Wisconsin. What woman stood up, raised money and sued for a recount? Quick hint, you weren't with her as it was Jill Stein. Did the Democrats help, or even say thank you? NOPE. They first tried to interfere with the fund raising, then inserted their own lawyers into the process and killed the effort. Thus in the places where the actual vote was possibly subverted, the Democratic Party actively worked to keep the truth from ever being known.

This failure to defend individual votes extends to before the 2016 election. I personally did not vote Green. I was illegally struck from the rolls and could not vote at all. So were over one million other voters in Democratic districts in Ohio. Did the Democratic Party sue to defend my right to vote? No. They did not fight the open voter suppression that happened in Virginia, Indiana and North Carolina either.

So let's tally that up. Virginia, North Carolina, Ohio and Wisconsin would have been in the Blue Column had the Democratic party spent two percent of the over one billion dollars they pissed away in 2016 on actually defending the rights of their own constituents to actually be their constituents. Indiana, Pennsylvania and Michigan may or may not have been moved across columns by the voter suppression and election fraud. As we say here in Columbus when investigating election fraud, as goes Ohio so goes America.

Of course Mr. Crockett does not live in Ohio, so our struggles to survive, our left leanings, or hopes our dreams are something he flies over in between whichever coast he lives on and whichever coast he visits. A similar behavior was displayed by the California college friend who posted his article to shame Ohio voters for not doing her will. The next day, today, she posted that she was so happy to enjoying museums and air conditioning in New York City after her long flight from Difi's San Francisco.

That is the party in a snapshot. People who can afford a plane ticket that is greater than my rent on their way to climate controlled rooms to enjoy art I can not afford to think about shamming my state for not DOING WHAT WE ARE TOLD BECAUSE WE DONT KNOW WHAT IS GOOD FOR US.

Dont wonder why you loose elections as long as you keep acting like that.