Numbers prove American police are at war with the public 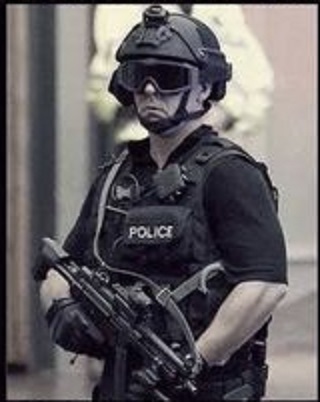 Calling something a war is often an exercise in hyperbole. The Greek philosopher Aeschylus once said “In war, truth is the first casualty.” This has extended to the naming of wars “police actions” or calling them “operations” with names like “Restore Freedom” and “Inherent Resolve.” To cut through the Public Relations fog, one could define war as the late Jesse Helms defined pornography, “I know it when I see it.” One sees war in terms of casualties, and when using casualties for a lens to describe what American policing is doing the American public, one clearly sees a war. In terms of lives lost, the Police are at war with the American people, and African Americans are bearing a proportional brunt of the casualties.

The mainstream media, in justifying this unnamed war, is quick to point out that more white Americans die at the hands of police than black Americans. This is typically done as a preface to some editorial pronouncement that distills to “So shut up and go home.” Working from what raw numbers are available, we can see that black Americans are killed at a higher rate in proportion to their numbers than all Americans combined.

This article will use the statistics kept at killedbypolice.net as a reference because each killing is named and cited with a news article. The statistics do not include all deaths in jail. They likely do not include all deaths because of the movement by police to do their killing in secret. They are not divided into armed and unarmed as that relies on police for the truth, which has not been forthcoming in almost any case. The Mockingbird does not consider police spokespeople to be credible sources without independent confirmation because of their specific and consistent history of hiding the truth.

Based on this incomplete and imperfect sample set, 717 people have been killed by police in 2016 as of August 5th. The rate is 3.3 persons killed per day. That is twice the rate (1.15 per day) at which service people died from all causes in Iraq, Syria and Afghanistan combined. Right at that point police violence against the public has the statistical characteristics of a war.

The death rate during the deployment of American forces to Vietnam from 1955 to 1975 was 11.5 per day. Thus rate of police violence against citizens is a little over one third of the Vietnam war but twice the current global war on terror.

The mainstream press enjoys pointing out that more whites are killed by police. When doing this they often fail to note that African Americans are only 13% of the population. Considering that 174 of the 717 persons killed by police so far in 2016 were black, 13% of the population absorbs 24.2% of the violence. That is twice the rate as all other communities. The numbers prove that race is a primary reason for murder.

Cementing the claim that race is a factor is easy. Police murder of civilians is a clear political response to the Black Lives Matter movement. Prior to the murder of Micheal Brown in Ferguson Missouri, police were killing civilians at a rate of 3 per day. After protests began to take hold in late 2014 the rate increased. In both 2015 and 2016 the rate of civilians murdered by police was 3.3 people per day. During the same time the crime rate has gone down. Police have responded on the ground organically and individually by killing ten percent more. Presidential Commissions and body cameras have not improved police “relations” to the public.

Taken together these statistics prove that the police are at war with the public. That war is killing African Americans twice as often as everyone else combined. These statistics are in fact incorrect. They are incomplete in that they only report what a small team can glean from news reports which have displayed a massive bias toward reporting what the police want to be said. More complete statistics will not change the picture for the better.

There is no central complete database of civilians killed by police. The Center for Disease Control does not track these numbers. What a trip to their website tells us is that the death rate from police gunfire is one fifth the death from HIV. The lack of statistics is a part of the information war that is a component of the American government's war on it's own people. The Mockingbird strives for the greatest accuracy possible, despite the police murder of civilians being an unofficial state secret.