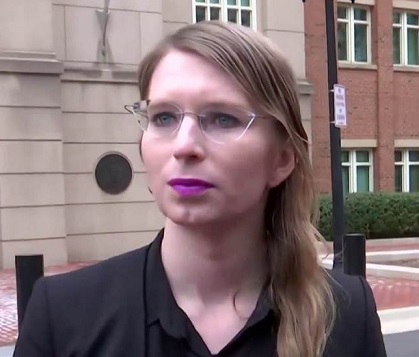 Nobody has seen the Mueller report. What is in the Mueller report does not matter even if we could see it. House Speaker Nancy Pelosi had stated that impeachment is “off the table” before the mystery report was even in. Paul Manafort has been sentenced to 73 months in prison, 30 which will be served concurrently with his 43 month sentence in a separate case. He has yet to actually walk in the prison gates and hear the door slam shut. Although the Mueller report has lead to arrests, indictments, guilty pleas and convictions, nobody is actually in prison because of the 2 year long investigation. Nobody except for Chelsea Manning and Reality Winner that is.

Manning was imprisoned over a month ago for contempt of court. She had refused to testify against Wikileaks in a front of a federal grand jury. The formerly imprisoned whistleblower invoked her first, fourth, and six amendment rights to not testify. On March 8th she was jailed and has spent 28 of the last 31 days in solitary confinement. This is called torture everywhere but the United States and she was released into general population only after public denunciation of the practice by Congresswoman Alexandria Ocasio-Cortez (D-NY).

The grand jury was framed as an extension of the Mueller probe into “Russian Election (Hacking? Meddling? Trolling)” which translates into a grand scheme to say mean stuff about Hillary Clinton on the internet. The questions that were to presented to Manning dealt with her time in the army, when she was in contact with Wikileaks. The information which she was previously convicted in a kangaroo style military court included a batch of State Department Cables dating from failed presidential candidate and war criminal Clinton's time as Secretary of State. The cables predate the beginning of Clinton's epic failure to win an election against an opponent she choose who has the intelligence of cold dry dog shit.

One purpose of Manning's very public punishment is to link all opposition to the Centrist war criminal wing of the Democratic party to Russian influence. A second purpose is to show anyone, everyone, that even dreams of exposing a war crime, which is what Manning did, will be punished with prison not once but twice.

The journalists do not get gone after if they are incompetent at protecting their sources, as the Intercept was with protecting Reality Winner, a former Air Force intelligence specialist and contractor who leaked the news source documents relating to a purported badly bungled Russian hacking attempt on a four tier America voting machine manufacturer. She was sentenced to more time than will be served by Paul Manafort after he is granted his invertible early parole.

At this point all pretense of a free press and a free and open society can be dropped by the puppets on both sides of the aisle. The point here is to punish the brave and encourage the others into silence. It is a totalitarian mindset on part of all actual players in the oligarchy that is American government and it is ramping up its brutality because it finds itself brittle.

This is reinforced by the comments of a Republican lawmaker today. Representative Michael Waltz (R-FL) a former Green Beret involved in black ops the world over rushed right out to say “Julian Assange, Bradley Manning, and then related but separate Edward Snowden, they have blood on their hands. And I hope the Justice Department throws the book at him. I am looking forward to seeing (him) extradited back to the United States.”