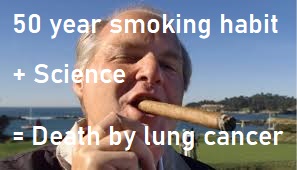 Rush Hudson Limbaugh III (January 12th, 1951 – February 17th, 2021) Finally a 2021 celebrity death we can all get behind. Fire up your horns, noise makers, and bitterly ironic disco tunes so we can mock the death of Rush Limbaugh the way he mocked individuals dying of AIDS in 1990. Limbaugh’s path of American destruction began in the typical fashion of being born a white male spawn of a wealthy and influential family from Missouri. This elevated launch point allowed Limbaugh to begin in radio broadcasting at 16 with consistently poor academic performance and ending his education & maturation with two semesters at Southeast Missouri State. His family cushion then allowed him to coast through a string of firings from radio stations for personality conflicts and offensive on-air behavior from 1971 to 1983.

Limbaugh finally found secure footing for his malignancy at KBFK Sacramento, CA in October 1984. Sacramento saw him grow from general bigotry against group and individual targets that caught his fancy towards a bigotry of a more aggressively political slant. In 1987 Ronald Reagan, the amoral Patron Saint of Corporatocracy, repealed The Fairness Doctrine. With broadcasters no longer under any mandate to provide counterpoint to their most vile on-air content, Limbaugh seized the opportunity to become the premiere provocateur of the right wing. He drafted 35 “Truths”. His show spun feminism is for ugly women, all homelessness is about individual choices, AIDS is for fags to bring on themselves into growing popularity. Popularity garnered event invitations. Public appearances became commonly combined with personal attacks. While inaugurating the new Sacramento light rail system, he mocked peace activist S. Brian Willson who four days prior had lost both legs in a train collision protesting Iran-Contra munitions shipments. Limbaugh metastasized to national syndication August 1988.

The national platform allowed him to truly help lay the groundwork for the interesting times we live in. He spent 1988-1994 aborting callers on air, literally naming the names of individuals dead or dying of AIDS and whooping it up a la Times Square New Year’s Eve. He was real critical of Russia, climate change, junkies, and the physical appearance of a 13 year old girl, but not NAFTA. He also spent the time teaming up with the likes of Roger Ailes and Newt Gingrich to help sew the beginning segments of the Human GOPiede during the 1994 midterm elections.

The remainder of the Clinton and Dubya years were spent on feeding 20 million people a day, 5 days a week the raw sewage of disinformation used to gather support for initiatives like deregulation of banks & futures trading, the gutting of welfare programs, inaction on climate change, and the violent, arbitrary, thousandfold retaliation for September 11th.

Special hypocrisy highlight should be noted for Rush Limbaugh’s 2003 avoidance of the very felony drug charges he touted for common white gutter junkies he during the mid-late 90’s. 30 day inpatient rehab and 18 month supervision is only for people with family on the Federal Bench.

Neither 20 years of war corpses or the Great Recession of 2008 much altered Limbaugh’s stances, but the nomination of Barack Obama gave his most high-profile opportunity to be racist yet. Birtherism. And with that conspiracy, he grafted a whole new chain of mouths to the GOP’s ass. He spent the Obama years till now nurturing bigger lies. Lies about the Deepwater Horizon disaster, that birth control causes sluts, about Trans sexual predators, No still means Yes, about Charlottesville, about Covid-19, about BLM protests, and the “stolen” election which were shat out in Washington, DC January 6th. This brings us to the present moment. 500,000+ domestic dead in a year. A shamble of an economy. Full throated violent insurrection fomented on racism and lies. This is the world Rush Limbaugh helped wrought and gloried in till his last. I can only hope the lung cancer stole his final words. He had far too many in life to need more in death.