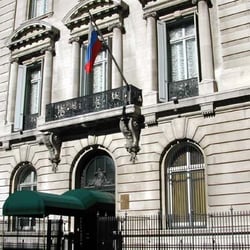 The now obliviously false narrative that Russia intelligence influenced the outcome of the election through hacking is coming apart at the seams. Security researchers in the private sector have determined that malware allegedly used to hack the DNC and Podesta emails is commercially available and Ukrainian not Russian in origin. This has not stopped the outgoing Obama administration from “retaliating” against the Russia by expelling 35 members of the latter's diplomatic mission to the UN and embassy to the United States. Diplomats at the consulate in San Francisco, where Russian nationals are the third largest immigrant population, were also expelled. The 35 expelled diplomats are said to be spies from the Russian FSB (successor to the KGB) and SVR (successor to the GRU). Both Russian intelligence agencies also face sanctions.

The White House might think it has shown resolve. The Kremlin likely thinks they have shown a poor strategic grasp. The 35 expelled Russians were spies in all probability. The 35 that replace them may or may not be spies. American intelligence had 35 spies under observation and kicked them out of the country. Now nothing can be divined about their missions from surveillance, their networks know that they are compromised and months and years of effort will have to be duplicated to discover which if any of their replacements are also intelligence agents.

Some members of the public might be shocked to think that the Russians would dare continue the practice of sending intelligence agents along with the diplomatic missions. The same members of the public might not be politically savy or historically literate enough to realize that the United States does the same thing. All nations do the same thing.

Two decades ago a then obscure Vladimir Putin was asked by Henry Kissenger about his background at a party. He is alleged to have replied “Intelligence, first person.” Putin once was a spy and his reaction was a model for his profession. He was quiet. He did nothing visible and did not over react.

Then he invited the entire American embassy staff and their families to the Kremlin for Christmas. He reigned in his foreign minister and said no Americans would be expelled in “retaliation.”

With this one move he has forced the American intelligence community to guess which of their spies' covers had been blown. In the basement in Langley they have to wonder who has been deliberately fed bad information and for how long. Meanwhile, everybody gets a nice Christmas dinner, likely with gifts and plentiful booze. Every gift will have to be checked for surveillance equipment when it gets back to the embassy, and everyone will have an uncomfortable party, guarding their tongues and wondering if their drinks are spiked. In Putin's Russia, office Christmas party gets drunk on you.

Time will pass back in America and counter espionage agents will wonder if members of the diplomatic staff of the embassy are actually double agents. Said people will know this and wonder if their career is over and their next posting will be as a visa stamper in Windsor Ontario. It's a harmless posting at a career dead end complete with lake effect snow.

There are plenty of solid human rights reasons to take some action in opposition to Russian imperial designs. One would have to be a clueless as a Libertarian Presidential Candidate to not think of one. The outgoing administration wants to punish Putin without drawing attention to it's own international failures and thus ruin public perception of it's legacy. That legacy was to begin with a closing of the Guantanamo Gulag within it's first 100 days back in early 2009. That deadline passed 2806 days ago. It seems unlikely it will be achieved.