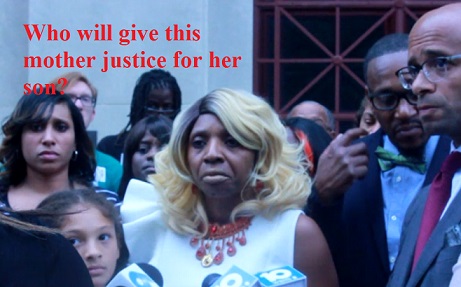 On Monday September 18th the family of Timothy Davis along with their lawyers and over 200 supporters arrived at City Hall. Timothy Davis's brutal beating, stripping and tasing on September 1st at the hands of over 10 Columbus was caught on multiple cell phone videos that went viral. Davis, who the police claim was sought on a warrant, was finally arraigned that morning in his jail cell. The beating has left him with 27 percent kidney function and unable to walk to court. The police have refused to provide him with a wheelchair as they do not want pictures of the state they have left him in reaching the public.

Davis's Mother spoke before council at length, noting that her son had been held without bond on a warrant in two other states for over six months, yet Columbus Police failed to actually extradite him. She had paid his bail, yet he was not released. The police instead told her that “Monkey's hang in trees.” This is a clearly racist statement and a threat to murder.

Chief Kim Jacobs has removed one officer from street duty for his statements which were caught on tape but not the actual beating. The officer has been placed on desk duty and is receiving the same paycheck for less work as a clear reward for his racism and brutality. Another officer caught on police body camera footage saying out loud that he was “aroused” by the stripping and beating was not disciplined in any way.

As more time passes, more video, this time from the jail, has surfaced. Timothy Davis was not given medical treatment, he was dragged naked to his booking and tossed unconscious into a cell. His mother, who is a pastor, went to see him. He was still unconscious. Despite her being his mother and clergy, she was told to leave or be arrested. The police clearly wish to beat people to death in secret. They have hidden the casualties of their wanton brutality before and this has been documented. The county wide health system is complicit.

Meanwhile, the family has hired a high powered law firm, Ashton Smith LLP out of Chicago, and they are bringing suit in federal court. A brief conversation with one of the partners in the firm revealed that they are actively working with and receiving advice from local attorneys who have a great deal of experience with the Columbus Police. Because of the latter's history of brutality, false arrest and false imprisonment, most of the case law in the entire 6th Federal District is built around their antics and the hard work of Columbus attorneys fighting back.

Family and supporters crowded the Council Chambers, requiring the opening of the gallery and and people to wait in the hallway due to the entire hall being at capacity. Aside from a basic propserity gospel opening prayer from some lacky clergy person whoose name is unworthy of ink, there was little actual bussiness before Council excluding a vote to immediately purchase a number of submachine guns and high capacity magazines for use by the Columbus Police.

The new guns, merged with extending the summer safety initiative year round, combined with not a single word in support of a community that is number one in police murder of it's citizens in America, confirmed the tone of Council's resposne.

Although family members and supporters spoke for over an hour, not a single emotion could be viewed on the faces of Council, with the exception of Council President Kline. It is not clear to this reporter if smuggness and studied indifference are emotions or permenant states of being. What was clear is the amount of thought Zach Klein gives to his city being number one for ending black lives, which equal to the square root of the grace in his soul.

Council could not be more clear. Smug facial expressions did not change when family members shouted, or near cried. Council supports police abuse and murder and made that materially evident through their actions and lack of comment. I have never seen an motionless smug face say more.

Activists have vowed to continue the struggle. Rumors of new places of protest and a wider set of targets abound. The Mockingbird will continue to cover the lawsuit, police abuse, protests against them and upcoming City Council election.