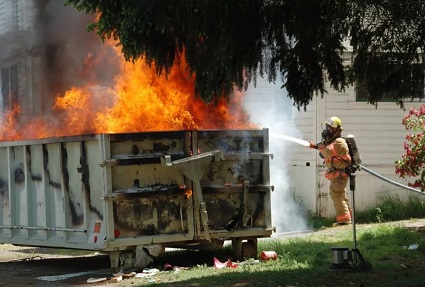 Hoping to bury the scandal of outright election fraud the Iowa Democratic Party waited until the country was settling in for Trump's yearly state of his campaign address to Congress and the mandatory publicity stunts that accompany such theater to announce some of the results of their failed caucus. 40% of precincts had reported by 5pm eastern time yesterday, February 5th. Two hours later it was 60%. As of the time of this writing 20 hours later the Guardian UK is showing a barely interactive map with 70.82% of precincts reporting. The news cycle also buried DNC Chairman Tom Perez stepping in and saying that the national party would now take over the vote counting from the state apparatus. In the midst of this the numbers make less sense by the minute and anecdotal evidence of outright fraud piles ever higher.

The are at least three sets of numbers with differing discrepancies between differing numbers. This defies any logical explanation. The idea that the DNC can come in and help with the count does not stand any basic test of logic. The app was written by a company that was financed by a candidate that is suddenly in the lead. The other financing and guidance and blessing came from the Chief Technical and Chief Security Officer of the DNC.

In the time since who was respondsible for the construction of the app was discovered, the testing was reveal to have been done by Harvard's so-called “Defending Digital Democracy “project. Former Clinton campaign manager Robby Mook works there and has flat out lied on twitter claiming he “had nothing to do with it.” The right wing has of course toss this piece of low hanging fruit in the punch bowl, and it is part of the overall taste of fraud, but there were other flavors added in addition to essence of Mook. He is joined on the board by three people with technical expertise current or previous employment in the intelligence community.

The first noteworthy among board members are Dmitri Alperovitch is the Co-Founder and Chief Technical Officer of Crowdstrike, the CIA financed firm that first accused the Russians of being behind the DNC email leak to Wikileaks. The second intelligence community person on the board is Debora Plunkett, former Director of the National Security Agency's Information Assurance Directorate. The third is Suzanne Spaulding, former Under Secretary for National Protections and Programs Directorate, Department of Homeland Security.

The three representatives of the intelligence community are joined by another Facebook alumni, who obviously knew that app developers and the DNC Chief Technical Officer Nellwyn Thomas. That would be Alex Stamos, former Chief Security Officer of Facebook. Google is represented on the board by Heather Adkins their Director of Information Security and Privacy. Bill Gates declined to be left out and sent Microsoft's Director of Cybersecurity Policy, Jan Neutze.

No Harvard project would be complete without a ton of cash and where there is a ton of cash there is always a banker or two. Citicorp sent Kent Lucken, one their Managing Directors. Traditional investment institutions aside, venture capital is also represented. Michael Steed is the Founder and Managing Partner of the Paladin Capital Group. This venture capital firm, although heavily invested in cybersecurity start ups, is not located in California or even in New York. They are on K Street in Washington DC, an address noted as the home of all big lobbying firms. Paladin has invested in two different companies, mobile communications semiconductor design firm WiSpy and speech and sketch to rich text software firm Adapx, alongside In-Q-Tel. In-Q-Tel is the CIA's non-profit venture capital firm started under the Clinton administration by then Director of Central Intelligence and now tech venture capital tycoon George Tenet,

In short, the advisory board of this little project by the nation's most elite institution to defend “democracy” are a number of other people that should not be allowed within a kilometer of a vote count. The idea that cybersecurity professionals, ex-NSA directors and a former Under Secretary of Homeland Security were involved in the testing makes the failure of the product look awfully suspicious.

Essentially, the DNC supplied the product that failed, got the intelligence community and the campaign staff of the targets arch-rival to test it, and now they are expected to fix it. The product was designed to appear to fail, actually functioned as intended, and the so called “fix” is to further muddle the data.

There is a clear disconnect between the initial polling, the pre-election poll sabotaged by the Buttigieg campaign, the data collected by Sanders volunteers, the early claims by Buttigieg, the official count and bringing in of the objectively guilty parties to hash out the cover up, or vote count, or whatever this thing in Iowa is called. The Mockingbird will process the numbers in a story due out tomorrow February 6th. In the meanwhile, the readers of news and lovers of truth would do well to check who makes and tests all the software.