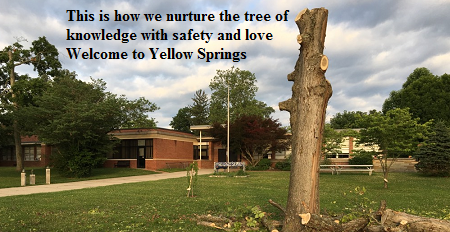 Public Records searches, both by Mockingbird staff and sources (plural) that were held back fearing retaliation have revealed a third set of incidents that occurred during the 2017-2018 at YSHS/MS. The incidents, which included unwanted and inappropriate touching, groping and comments by one student to another, occurred over a four month period from August to November 2017. This was happening at the same time that the High School swept a sexual assault by Principal Tim Krier's son under the rug. The school system conducted it's own “investigation” which resulted in bullying and harassment of the complaining student and others who spoke up by students and at least one staff member. The complaining student's parents have filed a Title IX Civil rights Complaint for gender discrimination against the school district. Attempts to get the actual police report from the Village of Yellow Springs via requests for all of the relevant reports for the time period resulted in every report but that one. Lying on public records requests is of course normal for the village of Yellow Springs and has resulted in one lawsuit so far this week.

In an email from an incensed parent directly to Tim Krier, partially redacted and pictured below, the word “scolded” is used. Scolded is something adults do to children. Thus a staff member blamed the survivor of an assault for that assault, and went undisciplined for it. The leader who failed to provide this discipline has a child accused of multiple sexual assaults in the same school and is at the center of a lawsuit alleging constant bullying of female teaching staff.

Other emails acquired by this publication show that in the wake of the March incident, “between several” high school students, an outside consultant familiar on a first name basis with all of the senior district staff admonished the structures of the school system. A specific mention is made in the excerpt below that “Students are afraid to talk.” and that students have no actual way of talking to counselors with the assurance of confidentiality from other students and staff.

The person writing this refers to Assistant Principal Jack Hatert as “Jack” and former Principal John Gudgel as “John.” The only other two recipients of the email are Tim Krier and Mario Basora. Thus when this unnamed consultant refers to Jack and John having their hands tied by leadership, this can only mean people that Jack and John answer to. That means Mario Basora and Tim Krier were admonished by their own paid consultant for structures that make the school unsafe for students to report abuse and bullying.

Taken together, it is clear that there is a culture of men and boys bullying women and girls in the Yellow Springs School system. It has created a climate of fear and it is reinforced with direct government retaliation.

Harry S. Truman famously had the phrase “The Buck Stops Here” on his desk. This meant that his staff was his responsibility as there was no office higher than the Oval Office. According to the bylaws, protocols and structure there is no office higher than that of Mario Basora in the Yellow Springs school system. Since these events, he has repeatedly taken to the Yellow Springs News, text and social media to assure the community that he wishes to raise the taxes on that their children are safe in the care of his bullying underling and that underling's rapist son. Internal emails and a gathering flock of lawsuits indicate otherwise.

In a March 9th email he demanded to know from Jack Hatert who the witnesses to the third sexual assault were and who was talking.