What about the liberals who want to bomb Agrabah? 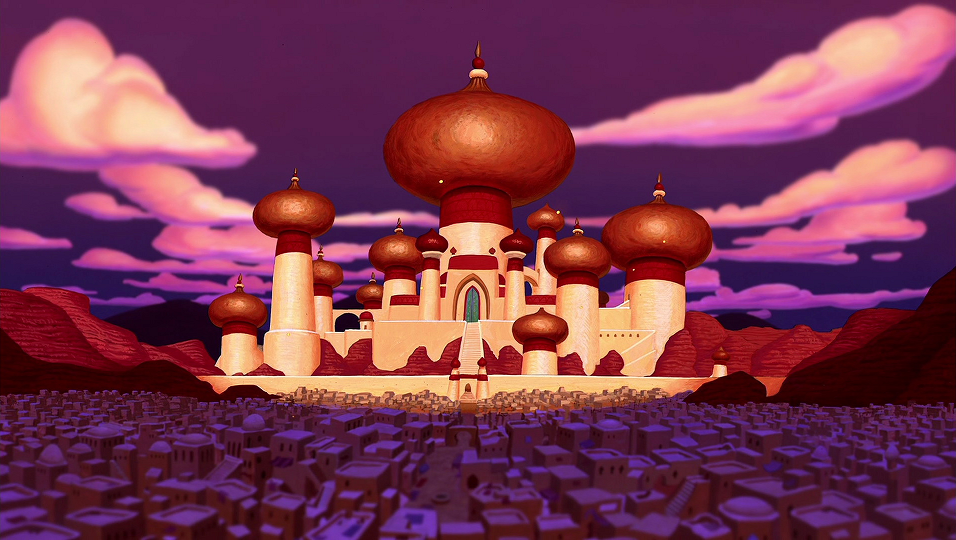 At first it was pretty funny: 30% of Republican voters would bomb the make-belief kingdom in Aladdin.  Cosmopolitan Europeans and smug New York liberals guffawed over the headlines – the GOP base is so ignorant and warlike that they want to blow up a place that doesn’t exist because it sounds Arabic.

The predictable thinkpieces were rolled out within hours of this poll hitting the headlines so that the poll could be linked to the Republican primary debates.  Trevor Timm wrote in the Guardian that “it’s not exactly surprising given the cartoonish levels of tough-guy militarism that spews from the mouth of every Republican candidate as they try to one-up each other on who would start more wars harder and quicker.”

This is intrinsically true: the macho way the GOP candidates fell over one another to declare how they would commit more spectacular war crimes than their competitors was certainly grotesque.  Trump was weeks ahead of his peers in saying that suspected ISIS fighters’ wives and children should be murdered, while Ted Cruz’s breathlessly idiotic concept of ‘targeted carpet bombing‘ was particularly surreal.

But Timm’s choice to emphasize how these 30% of Republican voters are whipped up by the GOP leadership is misleading.  Firstly, it’s doubtful that many of these voters came to their conclusions about what to do to Muslim-sounding cities and people simply because the Republican Party told them to.  Secondly, it helpfully omits that the poll also showed how 19% of Democrat voters would do the same thing – something that cannot be so easily explained.

This indulging in partisan smugness might want to dismiss the anti-Agrabah Democrats as being just the handful who are influenced by the GOP leadership, but that lets a whole raft of people off the hook.  Whether or not someone is a swing voter, they don’t just receive opinions from party leaders.  Where, if not from top Republicans, did this 19% get the idea that an Arab-sounding country needs to be bombed?

By his logic it surely couldn’t be CNN, of whose viewers 63% identify as Democrat.  Since 9/11 CNN has done almost as much as Fox News to connect Islam with terrorism – not radical Islam or Islamism, just Islam in general.  CNN repeatedly connects ordinary Muslims with ISIS and Al Qaeda, an implicitly anti-Arab narrative that draws endless connections in an Orwellian manner that went beyond parody when a London-based correspondent attending London’s gay pride rally earlier this year mistook a banner depicting a range of butt-plugs as an ISIS flag.

Their constant refrain to this unpleasant habit, that leads to ordinary liberals and centrists suspecting that people of Arabic descent are plotting against ‘the West’ (and making the coded suggestion that people of color are inherently more suspicious than white Americans), was once again wheeled out after the Paris attacks.  Green Greenwald brutally took them to task for this:

“The lesson that the American media has supposedly learned after the 9/11 attack was that allowing political and military intelligence officials to make all kinds of claims without scrutinizing and questioning and pushing them back is a really destructive thing to do. It propagandizes the population. It leads to things like torture, Guantanamo, the attack on Iraq based on false pretenses.”

“I think the worst example, probably the most despicable interview we’ve seen in the last several years were two CNN anchors, John Vause and Isha Sesay who told a French Muslim political activist that he and all other Muslims bear, quote, ‘responsibility’ for the attack in Paris because all Muslims must somehow be responsible.”

Having news reporters and anchors who have views is not a problem in itself, but CNN’s own attitude towards in-house journalists who question their endlessly Muslim-hating narrative is one of tight control.  This was demonstrated perfectly when CNN reporter Elise Labott tweeted her disgust at Congress’s hostile and cruel attitude towards Syrian refugees – for, it must be noted, explicitly anti-Muslim reasons – and was subsequently taken off the news team for having an opinion that didn’t toe the editorial line.

By Timm’s reasoning, that it’s all the fault of the GOP leaders that people want to bomb Agrabah, our 19% of Democrats who want to napalm Aladdin into oblivion must also not have been influenced by popular liberal figures like Bill Maher.  As a ‘New Atheist’ poster boy, Maher, along with known Islamophobic friends like Sam Harris and Richard Dawkins, has used increasingly anti-Muslim rhetoric and stating that it is because he is a liberal.

In one now-typical outburst he said of ordinary/all Muslims that “they’re violent. Because they threaten us. And they are threatening. They bring that desert stuff to our world.  We don’t threaten each other, we sue each other. That’s the sign of civilized people. And they don’t.”

This isn’t a local right wing talk radio host in South Carolina talking to farm workers, this is a Carter-style social democrat, on HBO, talking to white collar snobs.

Meanwhile, the Obama administration’s recent efforts to try and pretend that it doesn’t profile and murder Muslims worldwide in uncritically continuing Bush’s global War on Terror, have been decidedly cack-handed.  The State Department recently tried to ‘win hearts and minds‘ by connecting with ‘Muslim thought leaders’, and chose as its ambassador Ayaan Hirsi Ali, disgraced anti-Muslim activist who faked her own forced marriage in order to win political office in the Netherlands and then moved to America to work with hardline conservative think tanks whose donors sponsor the War on Terror.

Aside from lying about her background to smear Islam, Ali is disliked by many Muslims worldwide for saying that West needs to “defeat” Islam militarily – and when pressed on whether that meant only radical Islam clarified that she meant “Islam, period”.  That the State Department under the Obama administration is happy to tweet Ali’s blatant falsehoods and thus direct attention to the toxic worldview of the disgraced neocon speaks volumes about how earnest the Democrats are about protecting ordinary Muslims from extremism and bigotry: that is to say, not at all.

Of course, the Republican voters who want to bomb Agrabah are being whipped up by their candidates in a way that Democrat voters are not.  And they receive much of their diet of racism from conservative outlets like Fox and Breitbart.  However, the fact that their narratives are being peddled with almost as much fervor by liberal outlets like CNN and MSNBC firstly means that the smug separation between Republican and Democrat is unwarranted.  And secondly means that blaming GOP voter opinions solely on the words of their party leadership when Democrats are clearly being poisoned by liberal voices outside of the party shows a total disregard for how fear and bigotry are introduced to the public in the first place.

In fact, in assuming that this is how the minds of frightened working class voters work, Timm demonstrates the extent to which liberals are willing to smear and misunderstand millions of poor people in order to consider their ‘side’ to be innocent.  Which is pretty much exactly what they accuse nationalistic Republicans of doing.

It was not the Democrat party who spent the decades since Nixon defunding education budgets, and this has had an enormously damaging impact on the critical reasoning skills of American high school graduates.  When you combine the GOP’s relentless war on education with a right wing media mindset that constantly blasts out news stories about how Muslims are all plotting violence and destruction, you get a population that is genuinely frightened that it is under constant threat of attack by a particular ethnic group.

But while liberals are not responsible for that destructive set of education policies, the eagerness to laugh at working class voters for being stupid or bigoted lays the blame squarely on the electorate, rather than the party responsible for decades of trashing public schools.  This is, in effect, saying that the dominance of News Corporation and the GOP’s war on education are not worth fighting and decides instead to blame the working class for the poor conditions that have been imposed on them from above.

Liberal laughter at terrified working class conservatives is no smarter or nobler than victim blaming and political laziness.

When Bill Maher got himself into a recent storm over his fiery anti-Muslim rhetoric, he defended himself by saying “we’re liberals, we’re not crazy tea baggers”.  Yet when almost a fifth of Democrats want to bomb the fictional kingdom of Aladdin because its name sounds sort of Muslim, scrutiny is best placed over the public figures who make the most effort to force the connection between Islam and terror.