I'm referring to Project Blue Book, an “I wanna be X-Files” offering that I wound up doing in a one day sit through since I decided it needed a review after a couple of episodes. Unfortunately for the production engine that brought us great cultural artifacts like Ice-Road Truckers and Pawn Stars this show does not live up to the dramatic potential of The Expanse, which was dropped by SyFy to make room for more wrestling.

I was hoping for a replacement to MCU's Agent Carter, set in the same time period and canceled by ABC after it's second season after it got timeslotted and undermarketed like it was made by Joss Whedon for Fox. It would fit into the empty diesel punk space in my life that needs early atomic age futuristic optimism and early cold war paranoia to help me interrogate my early 21st century existence through the lens of what never actually was.

There was promise with the X-Files style montage opening, and even a cameo callback to the X-Files from Steven Williams. It touched all the points: weather balloons, hoaxes, temperature inversion and swamp gas. It got Micheal Imperioli to play someone who was not a cop or a gangster. It even got a blonde Russian spy with eyes that say “I'm dead inside” so well I had to check to see if they had retconned Dottie Underwood from Agent Carter. The lead characters have homebases of Columbus Ohio and Wright Patterson Air Force Base, both of which to feature into the actual history. There was big promise, and no fulfillment.

Despite being based on a real life person doing real life UFO investigations for the real life Air Force, Dr Allen Hynek was all wrong. Aiden Gillian did what he could, selling scientific exposition the way he sold sexposition as Littlefinger in Game of Thrones. However, when dealing it the dynamic of his family life, and job stress, the writers could have and should have written in his five children. The chose instead to airbrush out all but his son Joel, who in real life went on to win an Oscar for his visual effects work and also designed the camouflage look for the Predator back when CGI was both new and cool. Instead they felt they needed to work in his wife Mimi's unknowing relationship with a Russian spy and the other kids would have gotten in the way of their trips to the beatnik cafe.

Michael Malarkey did what he could to portray the one dimensional Captain Michael Quinn, who was the obvious military foil to Gillian's Hynek. It was pretty clear that he was the one wearing Dana Skully's panties during this autopsy of a script. He is military, and he acts it, but his record, based on the snippets he lets go, is impossible.

Anyone with a passing knowledge of history would realize that no officer could possibly a) be a veteran combat fighter pilot with 10 years experience while also b) being present at the Buchenwald Concentration Camp the day it was liberated and also c) interrogated nazi war criminals and yet still had time to d) be “escorting bombers over Berlin”. On top of this impressively impossible service record spanning two branches of the military, he managed to still be a 29 year old Captain in 1950 (or what it 1947?.. this History product rarely says the actual date). Aside from winning the Second World War single handed while only getting two promotions, how he manages to investigate UFO's and still be trained to fly whatever shiny new aircraft or third-line old the so-called plot needs him is to be able to is equal to there mystery of how and why somebody made a 17 year old officer candidate a fighter pilot four years before Pearl Harbor.

This character is a super soldier grown in a vat like a replicant had a love baby with a cylon and is written with as much depth. They could have put only one general in charge, like the historic head of the project General Nathan Twinning, but why have a real two-star general when you can have two fake four star generals that exist solely to boss around your vat grown captain and coddle Wenner Von Braun years before any serious effort at a space program? Your vat grown soldier knows about both the Verona Project and Operation Paperclip. People that did not know about the former included President Truman. This same character does not know anything about secret UFO experiments (that he is supposed to be covering up) but does know everything about the former nazis running the space program in Alabama. That the former nazis were actually not in Alabama but on his own Wright Patterson Air Force Base in Ohio at the time of the events is not really important to the plot of a show on a channel called “History”

Being divorced from historic events, despite being based on some kinds of true stories or true stuff, or at least two existing real people, it manages to kill history while trying to hold on to it. How does a show cover the time period from 1947 to 1952 set the in the world of the military and only say the word “Korea” once? Why does the lead character say run “this name through your database?” when the word database, much less the actual concept, was first used in 1962? Why did the Russian's bug Mimi's phone with a transistors based listening device when transistors were only invented in 1947? Why does this woman have a touch tone phone that would not be invented for over decade for the Russians to put a bug in?

In short, the show is crap, the writing is crap and good actors are doing their best with bad material. At least history is done with this guy and moved on to something slightly less full of crap, but that is not a very high bar. 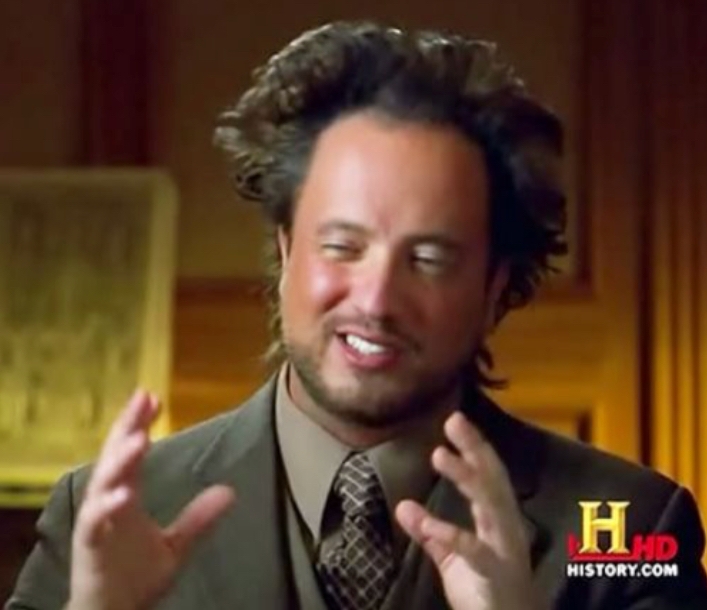