An Open Letter to Patti Bates 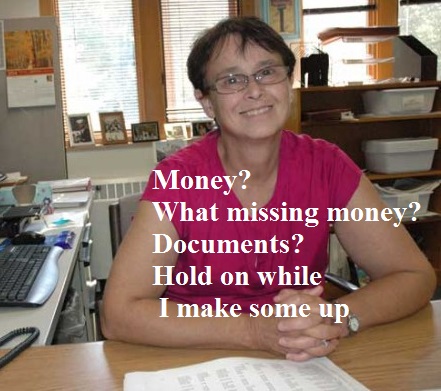 Editors Note: The Mockingbird's ongoing investigation into the YSPD uncovered serious problems and possible theft of wages. This was detailed in a previous article. In addition to publishing the article, we sent copies to every member of council, the village manager and every member of the Justice System Task force seeking comment on the record. Only Judith Hempfling chose to respond with a statement about looking into the matter. Village Manager Patti Bates fowarded a letter that she placed in the Village Council Briefing packet. That letter is available for download at the bottom of this article. One of our Miami valley reporters, Matt Raska, chose to respond to the Bates letter and we are printing his response as an open letter for our readers edification.

I’ve read over the council brief (which appears to respond to my Mockingbird Article “Puzzling Timesheets and the YSPD: Fraud?”, but is included in the Village Council Meeting Packet for July 2nd) a number of times and am still puzzled on as many points. Many things are not addressed, and some answers bring up more questions.

Your council brief states that:

If an officer completes training hours through the Village of Yellow Springs PD, the Village cansubmit for reimbursement from the OAG for that training. Officers are permitted to complete webinar training while on a regular duty shift, as long as that officer stays available to answer calls, as needed.

I was specifically told on May 25th by Council Clerk Ms. Judy Kintner that Officer Knickerbocker did not work at all. There’s no way he was training while on a regular duty shift because he didn’t have any duty shifts. Yet, Knickerbocker was still listed as working for the YSPD on the roster report that states that he had 36 hours of training.

You also stated that:

Another question raised concerns the tracking of hours for salaried staff. All salaried staff with the Village are on a single, official time sheet. Each time payroll is due, salaried staff complete the appropriate section of that time sheet by their name.Once all other salaried staff have completed the appropriate sections, the time sheet is returned to the Village Manager for review and approval. Once approved, that sheet is the official sheet from which all salaried staff are paid. There was a specific question about Sgt. Watson signing off on Chief Carlson’s timesheet. This was record that Chief Carlson kept for personal documentation, not for payroll purposes, and Sgt. Watson was attesting only that the hours were totaled correctly.

Why was I not receiving the time sheets that you, as village manager, were approving for payroll purposes? Why is Carlson keeping personal documentation on the same time sheet that everyone else uses and why was a sergeant signing it. If it is personal documentation why does anyone need to attest to it, and if it needed to be attested to, why was that not done by his supervisor?

Why were we receiving unofficial timesheets when we made a public records records for official records? Why were we not receiving the time sheets that you, as village manager, were approving for official purposes?

You included Village Solictor Chris Conard in the email chain Public Records law clearly states that you may not create records for a request but must give the actual records.