A Neo-Nazi Leader works in the state department. Staggering incompetence got him security clearance. He will not be fired 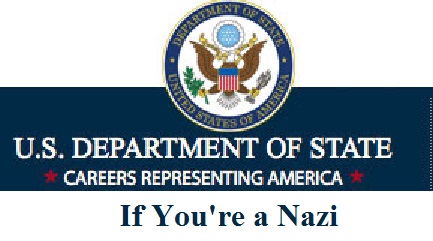 Matthew Gebert is a Neo-Nazi. He is a the undercover DC leader of The Right Stuff (TRS), a mostly online anti-semetic group founded by Mike Enoch that coalesces it's online membership into local “pool parties” for more direct organizing with other fascist groups, similar to the Andrew Anglin's Daily Stormer “book clubs”. Gebert has been employed by the United States Department of State as a civil servant working the Department of Energy Resources since his hiring in 2013 under the tenure of Secretary of State turned failed presidential candidate Hillary Clinton.

Gebert advertised that his white nationalist radicalism began in 2015 through one of the many psuedonames he and his wife Anna Gebert (also a nazi) use. This should have gotten caught review during his mandatory five year review for his security clearance in 2018.

Gebert has not been content to be a mere online supporter or a quiet leader of the Washington DC pool party. Research by Unicorn Riot places him firmly in the planning threads for the deadly Charlottesville Nazi Marches that killed one and injured dozens in 2017. He was one of the “very fine people” that (p)Resident Trump was referring to. In 2017 he also promoted and attended a luncheon to hear and support British Holocaust denier David Irving. Anna Gebert (nee Yuckovic) also attended.

Gebert was suspended Wednesday August 7th, after some of his past was exposed by Hatewatch. Yesterday, August 11th, Business Insider went on to report that he will not be fired although a State Department PR lackey dutifully reported that the "The Department of State cannot comment on personnel issues but is committed to providing an inclusive workplace." Translate this from diplomatic double speak to plain English and it reads “We are waiting for the President to say something else stupid on twitter so we can quietly reassign him to a different job at taxpayer expense.”

Below is a picture (subject is the one not in black and white) of Gebert actually attending a major neo-nazi march. If hatewatch can get this picture by dilligent digging in their files to find a picture, any picture for their follow up article yesterday, at least one federal agency knows of Geberts attendance as well. Hatewatch is a project of the Southern Poverty Law Center, which openly and enthusiastically shares it's files with and provides “tolerance” training to federal law enforcement officers. 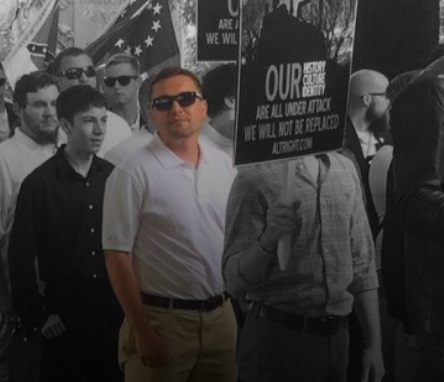 If one goes by the time line presented by the State Department and Gebert himself, he should have had one initial check to get clearance in 2013, which would have been followed by his re-birth as a fully formed nazi leader in 2015, which in turn would have been followed by public activities as a nazi in downtown DC in 2017 followed by a review of clearance in 2018. This timeline relies on two things that can be and likely are false. The first is Gebert's self-narrative and the second is that he had no security clearance or access to diplomatic information prior to 2013. The former is likely to be a lie and the latter does not appear to be the case either.

Prior to his employement at the State Department, Gebert was busy getting his masters in international relations at George Washington University. That is a degree program at an institution that is the go to place for people that have only two career choices, The State Department and the Central Intelligence Agency. The career path is so cliche it is a literally overused trope from Tom Clancy novels. Prior to that he worked as a Curriculum Coordinator for the United States Telecommunications Technology Institute(USTTI) after his graduation from American University, which is another foreign service career track institution, in 2003.

The USTTI is funded jointly by private industry and the following government agencies: U.S. Department of Commerce, National Telecom and Information Administration (NTIA), U.S. Department of Justice (DOJ), Federal Communications Commission (FCC), National Aeronautics and Space Administration (NASA), National Public Radio (NPR) National Oceanic and Atmospheric Administration (NOAA) and of course the State Department. Below is a snapshot from archive.org of their website announcement of Gebert's joining the team. Having been overseas to Russia and the Ukraine, and working with foreign nationals on telecommunications infrastructure and policy training issues during the lead up to the invasion of Iraq one would think he got a security clearance in that the most paranoid of all times.

If he got a background check, that would set the clock on his five year reviews to 2007, 2012, and right on 2017. This would be in addition to the one he would have gotten when he switched jobs in 2013. He should have been caught at least once if he was telling the truth and his radicalization should have been detected more than once if he was lying, which is likely to be the case. The only other existant picture of him on the internet is this one, where he was hosting was on the host staff of a deputy cabinet minister level event here: 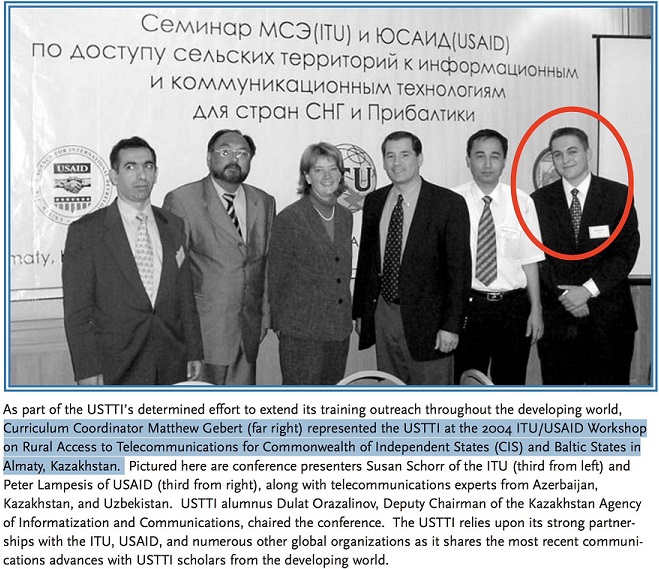 The current, un-archived version of USTTI's website has been scrubbed of all mention of Gebert. This can be seen at the following link to the exact same page.

While Matthew was busily tumbling down the hole of holocaust denial, his nazi wife was persuing a career in media advertising sales for the trade show industry. While he was starting a new job a the State Department, she was selling advertising space in Exhibit City Magazine to the Columbus Ohio area. A call to the media office of the Columbus Convention Center was instructive. The Columbus Convention Center has categorically stated that they have never purchased advertising products from Exhibit City. Anna Gebert moved on to be the publication's regional sales manager for the mid-Atlantic region and works there to this day. Calls to exhibit city for comment on their hiring policies and diversity statement were not returned at the time of this writing.