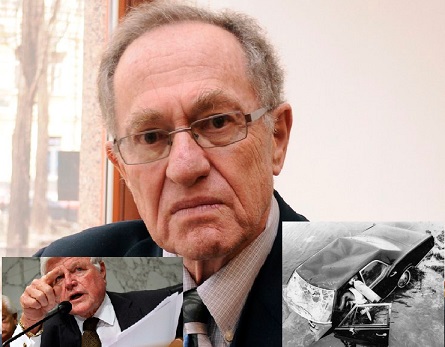 Why did this movie need to be in IMAX? Every possible scene had windows and blinds to produce shadows as if the story board developer was a first year film student. This doesn't fit with cinematographer Maryse Alberti's style, which leads me to blame the writers. I'll be blaming the writers quite a bit, mostly for their cowardice.

This movie is not a biopic, or a crime drama, or a history piece. It is propaganda pure and simple. It is formula propaganda written by two guys who have written 3 movies total, counting this one. In other words, one movie that wasn't this one between the two of them. The bulk of the writing experience in the room is editing of Simpsons episodes. Somewhere there is an uncredited creative consultant, because somebody had to tell this pair what to make up and what not to make up.

The beginning of the film focuses on the day and the night of the crash that drowned Mary Jo Kopechne, conversations between her and Ted Kennedy, on the beach, at the party, and on the fatal drive. A ton of conspiracy ink has been spilled on that relationship, and this was alluded to towards the end of the movie, but the reality is different. The reality is nobody knows what they talked about, if or how much they talked, how close they actually were, or what Ted Kennedy was thinking about at any moment. Ted Kennedy is dead. He has an interest in lying and the movie is about him lying, being silent and not telling the truth. Mary Jo Kopechne is dead. She can not shed any light on the dialogue. That leaves the other people at the party, and they are not permitted to speak.

Permitted to speak is the operative phrase, and it is key to the glossing over crime procedural this movie could have been. All of the efforts to suppress any evidence of anything at all happen off camera and they are conversations between one Kennedy lackey and another. The key henchmen are rarely named, and the most important actor in this story as crime drama is glaringly absent. The absence of Alan Dershowitz by name, face, and actions is what makes this story propaganda more than anything else and changes the entire narrative. Alan Dershowitz is a hidden hand in American history because Alan Dershowitz only wants to hear you scream.

Alan Dershowitz at the time was a rising young legal scholar and a Harvard law professor. The movie glosses over the actual investigation by focusing lightly on the police and their relationship to the Kennedy family rather than the coroner's inquest, which had the power of subpoena. Alan Dershowitz, now called America's most important liberal legal intellectual, wrote the legal briefs that kept anyone at the party from testifying at the coroner's inquest. This was done obstensiby to protect their privacy. When the Dersh, as he is often called wants you quiet, he finds a way to shut you up.

The privacy of the women at the party was key. These women, the boiler room girls who ran the campaign of Bobby Kennedy for all intents and purposes, went on to be rather powerful. Three are high powered attorneys. One is the most powerful literary agent in the world. Another is a retired lobbyist. The last of the group, Mary Jo Kopechne, is dead. Other than appearing as cardboard cutouts to deliver lackey lines like leveled up extras, the story never touches on if they wanted their privacy protected or what they may or may not have known. Real life has rewarded their competence and silence, but one wonders what legal machinations have ensured that silence.

Focusing the film on the relationship between Ted Kennedy and his father, Ted Kennedy and his cousin and most of all Ted Kennedy and himself allows the film to focus away from the other actors in the “where are they now?” epilogue. We don't have to grapple with Kennedy handler Robert McNamara's role in bombing every single village in Vietnam flatter than a working class Americas wage growth. We don't have to know that the key speech writer and media handler was later nominated to be CIA director. They are portrayed as semi-competent flunkies and Dershowitz is absent completely.

Absent completely is something Dershowitz likes in a body of evidence. He has built a career on suppressing evidence at trial or on appeal. He did this to overturn the conviction of Claus Von Bulow, the son of a Nazi collaborator, for the murder of his wife in 1985. He was on hand to appeal OJ Simpson's conviction had it happened, presumably by suppressing evidence in 1995. He defended his friend Jeff Epstein from child prostitution charges in 2003 by maligning the teenage victims through trolling their social media and calling them drug addicts. Alan Dershowitz built a career on silencing women victims of crimes against them by rich and powerful men they were intimate with. He is the poster child for the liberal defense of intimate violence.

Despite publishing over 30 books, one of Dershowitz best known literary masterpieces was his editorial "Want to Torture? Get a Warrant" published in the San Francisco Chronicle after 9-11. He advocated the use of a “sterilized needle being shoved under the fingernails" amongst other things as a means of getting information from suspected terrorists if there was a suspected ticking time bomb. If Dershowitz wants a women silent, she will be silent. If Dershowitz wants you to talk, he has ways of making you talk. Because Alan Dershowitz only wants to hear you scream.

Perhaps he was not included in the movie, and therefore the true core values of American liberalism were not displayed, because saying bad things about him gets people sued. He has threatened defamation suits against any Harvard professor who overly critical of Israel. He sued the Boston Globe in 1990 for reporting that he had claimed he preferred Asian women because they are more submissive and the Boston Globe settled out of court. He has threatened to sue any publication that claims he participated in Jefferey Epstein's use of teenage girls for sex. Defending the status quo was the point of the film and defending the truth was not in the budget.

Being liberal, despite this film being a redemption arc fluff piece for a hero of liberalism, the so-called Lion of the Senate Ted Kennedy, has boundries for Dershowitz. He recently threatened to quit the Democratic Party if Keith Ellison was made chair. He does not mind Donald Trump and is happy to party at Mar-A-Largo and bounce ideas around with Trump “He had some ideas on the Middle East he wanted to test out with me.” He has also appeared on Fox News defending Trump's travel ban, because for both Trump and Dershowitz, women and brown people have a certain place. Trump also intersects Dershowitz in the world of Jeff Epstein, who is accused to raping teenage girls with Trump in a federal lawsuit. Perhaps Dershowitz will defend them both.

The two actual images that I found most striking this morning after having slept on the film are Ted Kennedy fixing his hair in the mirror and a dying May Jo Kopechne pressed against the floor of an overturned car, gasping her last breaths. Her lines in the film are mostly in reference to Ted Kennedy's life path and destiny and his are mostly about including her in his destiny because of her utility. Sprinkle in references to the Moon landing happening at the same time and thus fulfilling big brother JFK's legacy and you have the whole message of the film. Other people exist to help the Kennedys fulfill their destiny and die gasping for breath alone in the dark while the Kennedys of the world tidy themselves up and their bought and paid for lackeys work in the background ensuring we speak when ordered and be silent when ordered.

This film is an ode the to intellectual and social patrimony of American liberalism both by inclusion and omission.