Lies, Damn Lies and the endless bullying by the Yellow Springs Schools 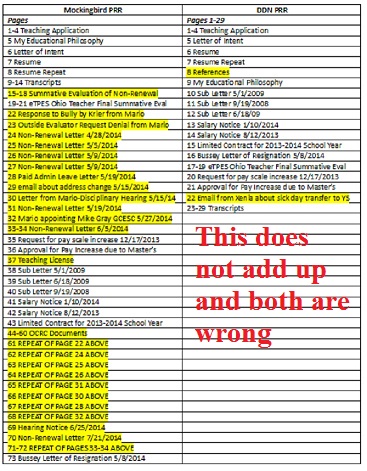 The Mockingbird has been following the case of Angela Bussey, a former Yellow Springs school teacher bullied from her position by Principal Tim Krier, father of an accused serial child rapist Noah Krier. In response to her alleged social media post, the school system has invested massive amounts of money in the law firm Bricker and Eckland to bring suit against her for $20,000. She has counter sued. Today, June 19th, we have acquired the school systems counter-counter claim. Since they have denied everything, and we can prove otherwise, we will break one part of it down line for line in this article.

What the board alleges is that it did not release Angela Bussey's file, and if it did, it did so AFTER she might have said something mean about them on social media. The board did in fact release Bussey's file to the Mockingbird. This was not an error, they released a slightly sanitized version of the same file to the Dayton Daily News.

Richard Wilson, the DDN reporter on assignment on this story was kind enough to share the version that he was given with us, and we shared ours with him. To the best of our knowledge, Dayton Daily News acquired the file BEFORE Bussey's alleged comment and the Mockingbird acquired it days after. That makes their court allegation both a lie and a distraction. Therefore they are claiming they never had to act in good faith because..well... she might have said that she was bullied. 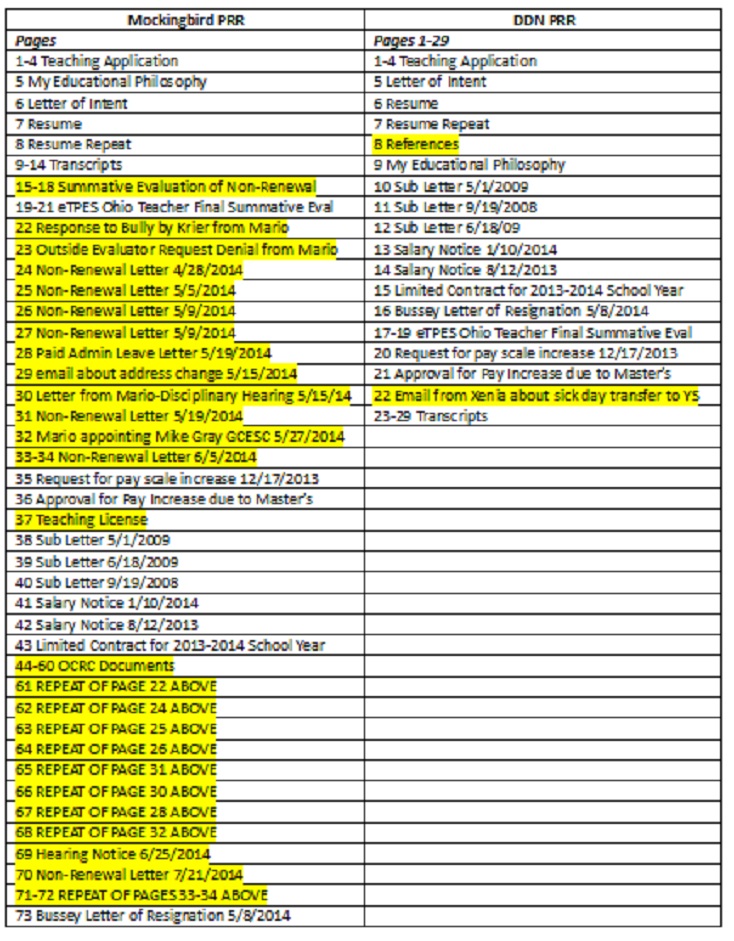 In short, the Yellow Springs School Board violated the agreement twice in the beginning of April, then sued Bussey after she appeared to take notes during a school board meeting. Mario Basora claimed he did this own his own authority as the board's agent, yet there was a secret, and therefore illegal meeting in the interim.

The board met for a “special work session” on April 26th, the day after the lawsuit was officially launched. When asked for the minutes of the work session, or what was being worked on, Aida Merhermic replied that there was no meeting. The Hamlet quote about the lady who protesteth too much pretty much writes itself here.

This is not the only secret meeting with a secret agenda. The board held executive session on April 8th, and has yet to post minutes for the entire meeting. The law does not require that minutes from executive sessions be public, but the agenda, and any motions and their vote tallies must be.

Given all this information, it is clear from the gaps in minutes, the authority granted to Mario Basora was done in secret. Despite his claims in the Yellow Springs news, Basora can not act alone.

According to an email sent by Aida Merhermic to a staff reporter at the Mockingbird, the agenda, including even addressing the board as a citizen, requires BOTH the board president and the superintendent to agree. Thus Merhermic is either lying when she said she recused herself from any decision, or she is lying when naming board procedure.

The school board has already spent a good deal of taxpayer money and it is clear they hope to win this case by bankrupting Bussey, a working mother. Because Yellow Springs government seems to love to retaliate wholesale against the livelihoods of any honest person who gets out of line, as they have with Police Officer Dave Meister. The first round of mediation is set for August 2nd. The court will likely mandate three sessions of mediation before trial by jury, which The Yellow Springs School board continues to insist on, spending a great deal of taxpayer money to further bully a fine former employee.