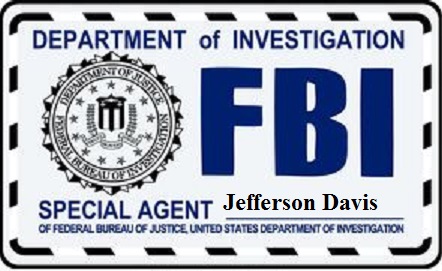 Albury was caught as a result of bad operational security by himself and The Intercept, whom he leaked to. He is the second government source that has leaked to The Intercept and been caught and sentenced this year. NSA leaker Reality Winner was sentenced to 63 months in federal prison on in August and is in solitary in a transfer facility at the time of this writing. Albury will be sentenced in seven days on October 18th.

While Reality Winner was caught when The Intercept attempted to confirm a picture of the document she leaked with the NSA and the latter traced it to her officer printer, Albury was caught when screen glare in the pictures of on screen documents lead to his office which was under surveillance. The Intercept had uploaded his leak to Document Cloud (which the intelligence community can access easily) and then attempted to confirm the contents via FOIA requests which tipped the FBI off.

Albury was motivated by his abhorrence of a racist culture in the Minneapolis FBI office and the FBI targeting people in the Muslim community for provocateur operations like the recent episode in Cleveland. When the FBI raided his home there were an additional 50 documents, including 35 classified as secret. The claim by the government is that it's oppressive surveillance operations, like the ongoing one in the New York area, are vital to national security. The main target of these operations in Minneapolis is the Somali community.

In New York documentation shows the NYPD's conducted a broad surveillance survey of every single mosque in the city in an effort to “proactively” map the entire Muslim community at the behest of the CIA through a multi-agency task force that included the FBI. This low level ubiquitous surveillance extended even beyond the NYPD's jurisdiction to Newark, NJ in a colonial spying effort that produced this 60 page secret document that cataloged every mosque and Muslim owned eatery in the neighboring city, including a Dunkin’ Donuts franchise (an in depth investigation was clearly in order). It clearly marks the geographic distribution of “foreign born” people by community and neighborhood. At one Mosque that was predominantly African American the officers noted “active and aggressive counter-surveillance,” in other words “Why are those guys with doughnut crumbs on their bellies taking our picture from that Crown Victoria?”

Former FBI director and recently anointed saint of centrist Democrats James Comey claimed in his book he wanted to make examples of leakers under Trump and extended the Obama era crackdown on whistle-blowers "I said I was eager to find leakers and would like to nail one to the door as a message," Comey wrote. "I said something about the value of putting a head on a pike as a message."

This is the result. A black man's head on a pike as a message. The historical parallel is paint by numbers at this point.

Albury's story and fate have not garnered the press attention that other news stories about racism in the culture of American policing at all levels have recently. The mainstream media has been busy hoping the FBI would somehow not be political and save them from newly minted Supreme Fraternity Brother Kavanaugh. Outlets that are less mainstream have not wished to criticize The Intercept's failure to protect their sources during investigation for fear of displeasing a powerhouse publication. The FBI both nationally and in the Minneapolis office have not Trumpted their victory of leaking through press releases.

Nobody seems to want to notice that the only black agent in Minneapolis, one with over 15 years service, risked and ultimately sacrificed his career and his freedom to tell the public of the abuse. With the government not playing this up to the press, it is clear that everyone who was to receive Comey's “message” of a head on a pike heard it loud and clear.

Albury will be released from prison after the 2020 election, making him useless as a political prop for either party. No mainstream press outlet or political force has spoken up for him. It seems none ever will. When released he will be in his early 50s, a convicted spy, and have lost his pension. As a federal employee he has never paid into social security. His head will hang on that pike till he dies of poverty, forgotten some time during Mike Pence's second term.

The public can only hope that future leakers will be careful, and journalists will stop asking the intelligence community for comment. That is the only thing that will stop leakers from getting imprisoned. Intelligence agencies are useless for comment anyway. They tell the lies they are instructed to tell. That is their sole operational function of a spying organization.