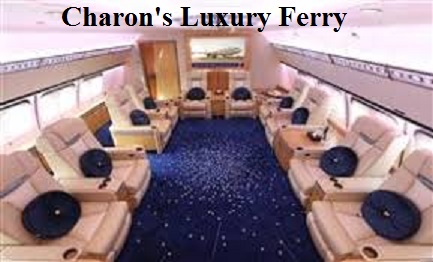 This week's political theater seemed very dramatic to it's participants. Biden pretended to read the report on the well known and recorded dismemberment murder of Jamal Khashoggi, a Saudi ex-patriot journalist and regime critic inside the Saudi Consulate in Istanbul on 2 October 2018. The released report was compiled by the CIA in 2018 for then-President Trump who and named 17 individuals as having participated in the murder. 13 of these were sanctioned by the US Treasury Department last week in what is widely seen as a token human rights gesture by the Biden Administration.

What is instructive in this action is who and what was not sanctioned and what practical effects sanctions have. Sanctions prohibit a person or company from using the US banking system and penalizes companies that do business with sanctioned individuals. Thus the sanctioned entity can no longer have a bank account with, for example, Credit Suisse, without the latter being punished by the United States. 5 of the 17 named individuals are personal bodyguards of Crown Prince Mohammed bin Salman bin Abdulaziz Al Saud, known as MBS. They have no need of any banking system outside Saudi Arabia.

These personal bodyguard make up the directing core of an elite death squad known as the “rapid response force” or “tiger squad.” Similar to such paragons of human rights as Russia and North Korea, the death squads of America's ally Saudi Arabia are known to use poison and HIV, introduced surreptitiously into medicine at doctor's offices, in order to carry out killings on foreign soil. Canada has refused entry at the airport by members of this death squad, and the Royal Canadian Mounted Police provide protection to one of it's targets. Canada was able to do this within days of Khashoggi's dismemberment.

A key element in the discussion of the activities of this 50 person death squad missing from the public discourse is the logistics. The charter airline, Sky Prime Aviation, is mentioned in the report. It is not sanctioned. Any one of their 9 business jets and 5 twin engine airliners is free to fly in the United States, buy fuel and maintenance services from American companies, and pay for it with American bank accounts. Sky Prime was named as providing two aircraft (tail numbers hz-sk1 and hz-sk2) to ferry the death squad and it's equipment in the international press.

HZ-SK1, A Gulfstream G-4, flew from Boston to Ft. Lauderdale on October 13th 2020. It was purchased by Sky Prime's parent company, Alpha Star before the former was spun off to take on more “Government contracts” according to industry press releases. At the direction of MBS, the Saudi sovereign wealth fund purchased a controlling interest in Sky Prime to “keep him abreast of it's activities” in 2017.

The aircraft, without records of it ever having flown there, is currently available for purchase in Chattanooga TN from an American broker, Liberty Aviation. It is currently owned by an American Company, JetOne LLC under the tail number N445SC. It was originally purchased by Alpha Star from Contrail Aviation, also located in the United States. In short, not only did the American government fail to sanction Sky Prime under two different administrations, it laundered their assets under every administration since 2001.

A sister GulfStream V that has not yet been implicated in the Khashoggi operation has been in the US after the announcement, flying from Arlington Municipal Airfield in Texas to Boston, and then presumably out of the country. That aircraft, tail number HX-SK4, is also owned by Sky Prime. The flight path may be seen below.

What business it had in suburban Dallas is not clear as the nearest Saudi government facility, which Sky Prime claims it exclusively serves, is in Houston. Perhaps we will be hearing about the death of another dissident from sudden natural causes later in the week.

The Mockingbird's readers will familiar with the intelligence community practice of using shell companies to launder aviation assets from our previous reporting on the FBI's secret air force. The ecosystem of aviation industry companies that are essentially wholly owned subsidiaries of an intelligence agency also extends to private air terminals, called FBOs (Fixed Base Operators) including Landmark Aviation, which provides services both for the CIA's extraordinary rendition program (the so-called torture taxi) and the known drug smuggling operation that is EverGreen Air Transport. This pattern extends back to the Vietnam War and the use of Southern Air Transport for smuggling heroin into the United States and later to Eugene Hasenfus's crash and capture in Nicaragua that began the Iran-Contra affair.

Our Saudi allies, the freedom loving people they are, are extend our best practices in double talk, death squads, corporate shell games and repression. The Biden Administration seems to be looking forward to a relationship with them as a reliable regional partner in the years to come.