Several groups staged a rally Saturday on August 19th against white supremacy and in solidarity with Antifascist demonstrators who were injured and killed one week ago in a series of neo-nazi attacks in Charlottesville Virginia.

Officer Zach Rosen shot Henry Green dead in cold blood on his own street last year. He was not indicted and the city and county cared little, waiting as long as they could and refusing to meet with his family. This year Zach Rosen was seen on video running from out of frame to kick a suspect in the head while he was held down by another officer. He got no punishment whatsoever until the video went viral. Then he got a short with pay suspension.

On January 29th over 1000 people descended on the Columbus International Airport to protest Donald Trump's ban on immigration and travel from seven countries. The brief protest was organized on a few hours notice and mirrored similar actions in New York, DC, LA, Denver, Chicago, Dallas, Minneapolis, Detroit and other cities. It set the stage for the largest protest in recent Columbus history.

The Trump Presidency Begins with Resistance, Police Violence and Lies Across the Country

The first press briefing by the new White House spokes person was bizarre and devoid of facts as the least popular administration in history lurched through it's first full day in office.

Why is the North Dakota National Guard Pointing Missiles at Horses?

Despite calls from the lame duck Obama administration for “review” and “discussion” the construction of the oil pipeline by Energy Transfer Partners continues at the Standing Rock Reservation in North Dakota. The brutality against protestor including rubber bullets, fire hoses in sub freezing weather and torture of prisoners also continues.

It is just after noon in North Dakota on October 27 and the planned attack has begun on the protest encampment against the Dakota Access Pipeline to the Bakken Oil Fields. Police have shutdown most cellular internet access. Multiple sources report that live streaming video was interupted and could no longer be uploaded just as the assault began. 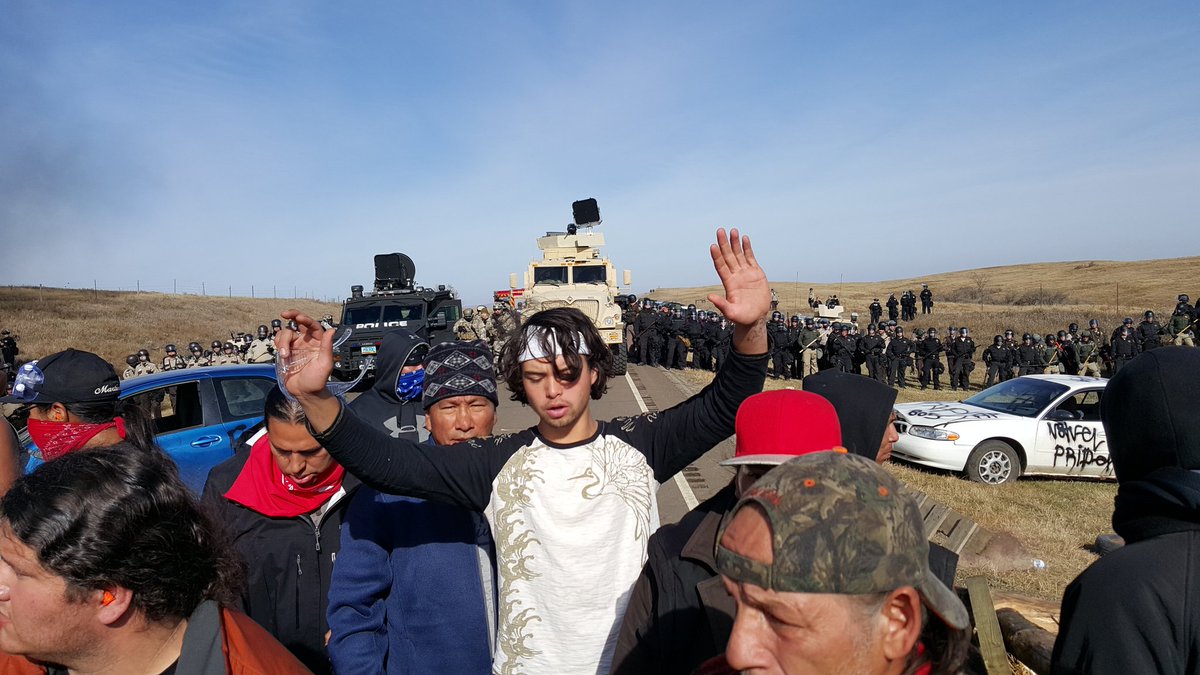